Well, it appears that Steam is going to have all your money these coming two weeks as Valve has launched its Winter 2013 Sale event. According to Valve, we’ll have new deals each and every day, and more than 2000 games will go on sale. So, today PC gamers can find Dead Island: Game of the Year Edition, Dishonored and Bioshock: Infinite with a 75% discount, while Batman: Arkham Origins and Metal Gear Rising: Revengeance come with a 50% and a 33% discount, respectively. 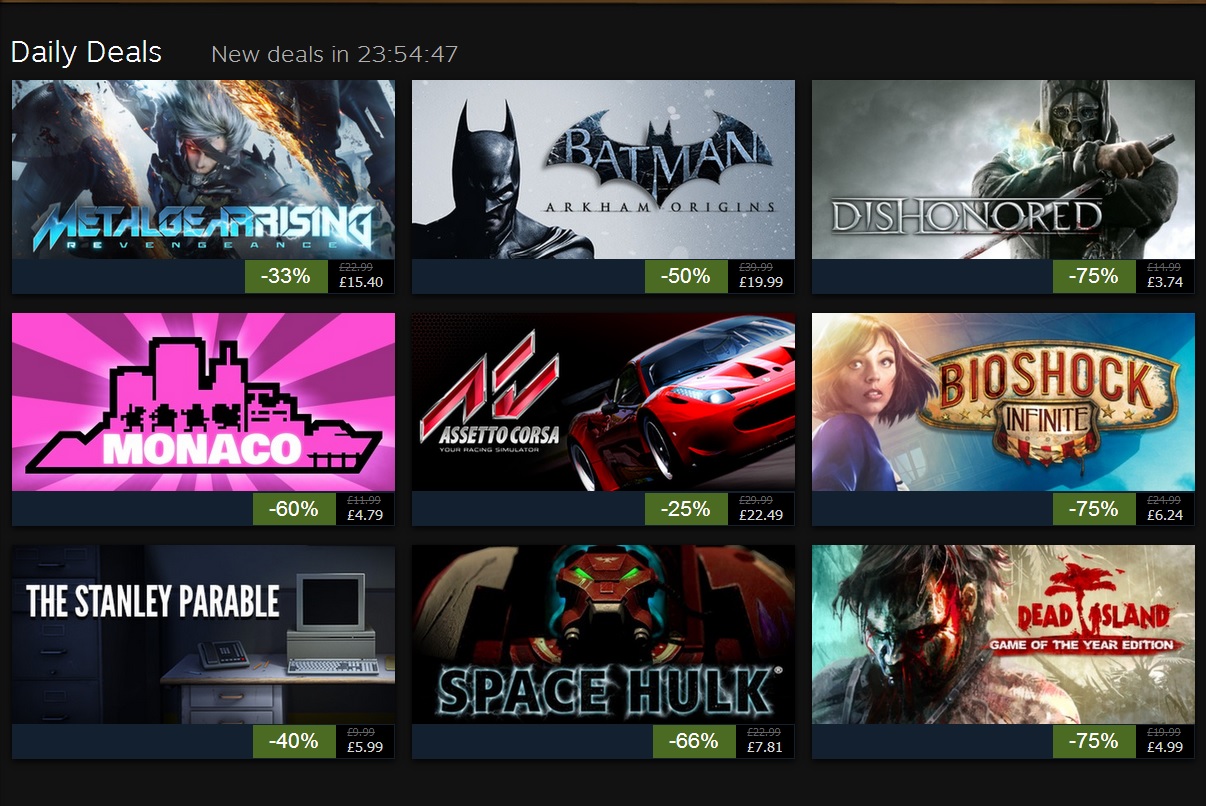 Those interested can visit Steam to purchase their favourite games.