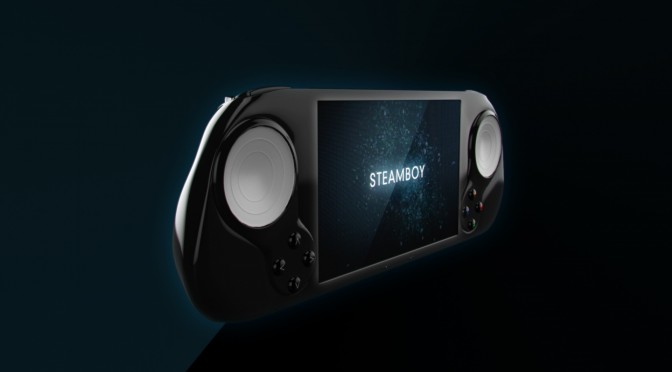 During E3 2014, a new portable device was announced that passed under our radar. According to Kotaku and TheEscapist, SteamBoy is an ‘independent project by a group unaffiliated with Valve, aimed at bringing a little PC gaming to players’ pockets.’

SteamBoy is packed with a quad-core CPU, 4GB of RAM, a 32GB built-in memory card and 5” 16:9 touchscreen. While its specs are not up to what most would expect from a brand new portable device, SteamBoy will be able to play most PC games (well, except those requiring more than 4GB RAM… or those unoptimized games that run awful even on six-core CPUs).

Personally I’m not all that excited about SteamBoy as we’ve not since a big push for SteamMachines as of yet. Hell, we don’t even know whether SteamMachines will be a successful or a failed product, so this new portable device based on Valve’s Steam feels kind of… weird (for lack of a better word).

Enjoy and kudos to our reader ‘John Vanitsidis’ for informing us!