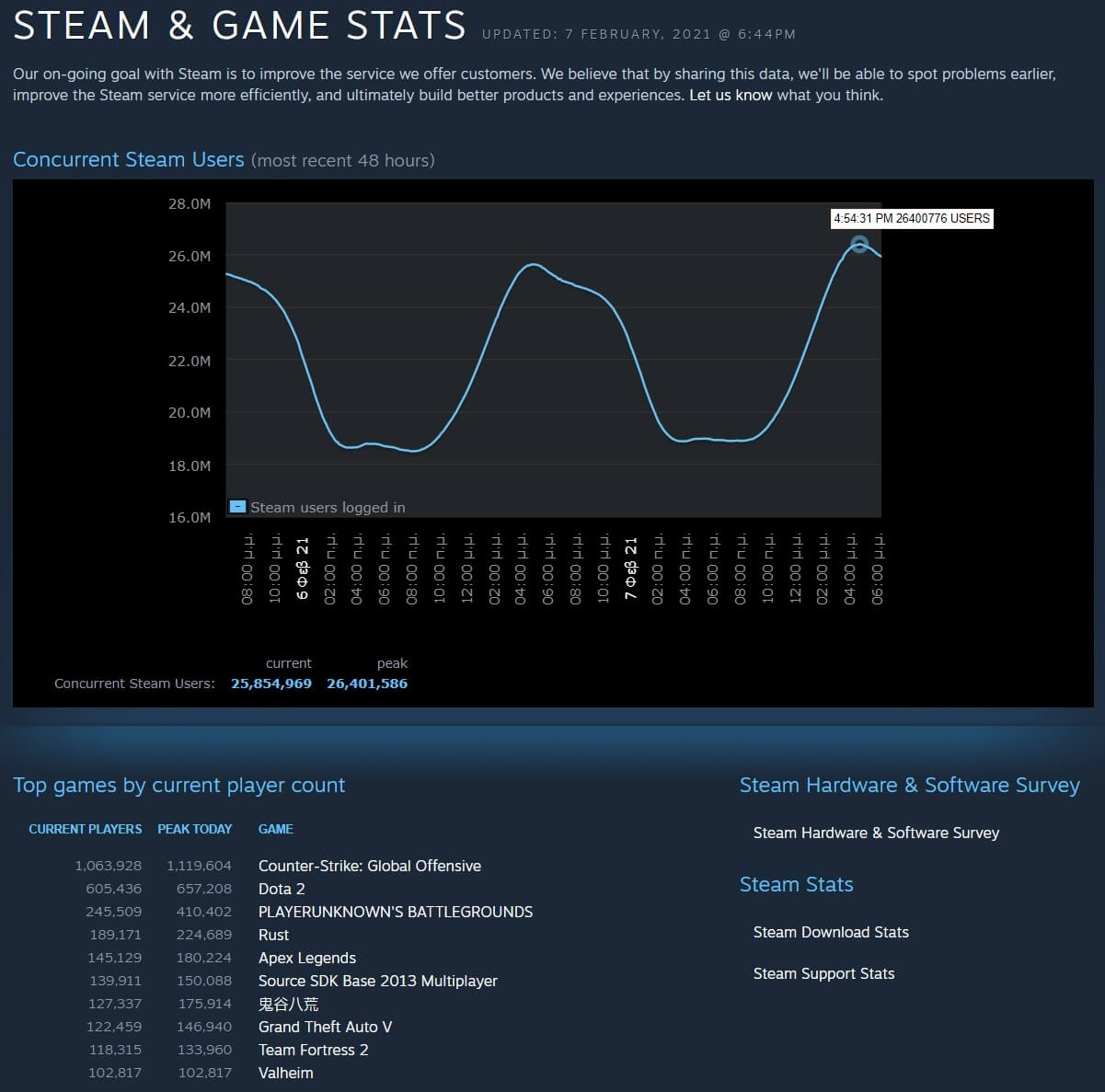 As we can see, Counter-Strike: Global Offensive was the most played game with over one million concurrent players. DOTA 2 was in second place, followed by PUBG, Rust and Apex Legends.

Tale of Immortal, an open-world sandbox game, was in fourth place. Furthermore, the latest survival game from Iron Gate, Valheim, was in tenth place. Both of these games are in an Early Access phase by the way.