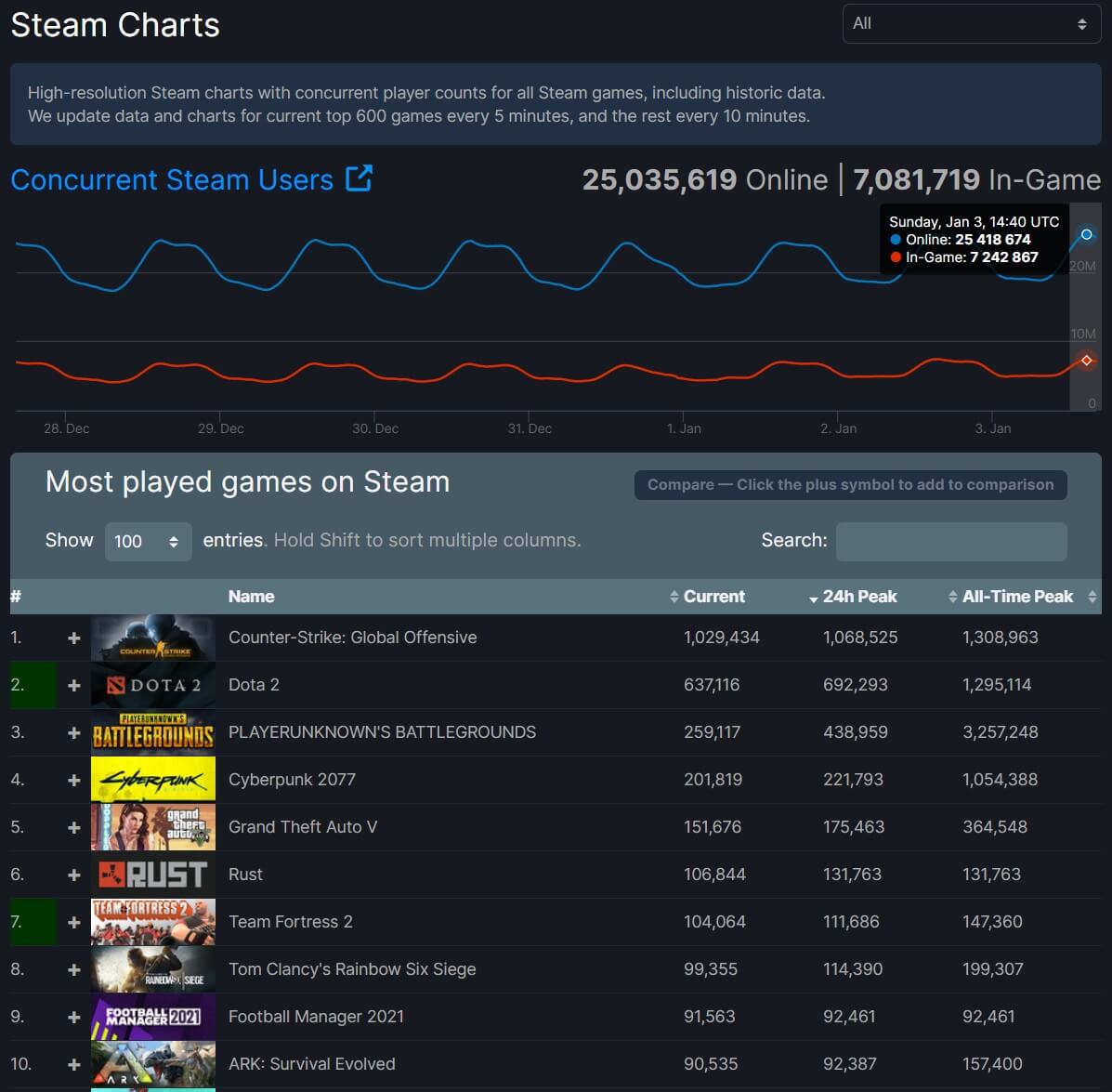 As we can see, CS:GO, DOTA 2 and PUBG are the most played games on Steam right now. Cyberpunk 2077, which came out recently, is in fourth place, followed by Grand Theft Auto 5. Rush, Team Fortress 2 and Rainbow Six Siege also are in sixth, seventh and eighth place, respectively. Football Manager 2020 is in ninth place and ARK: Survival Evolved is in the last place of the Top 10.

It will be interesting to see whether Steam will be able to hit its “26 million” goal in the coming months. After all, there are currently 25.418.674 players online.