Six days ago, we informed you about Steam coming close – and finally breaking – to 20 million concurrent players. That was a direct result of the Coronavirus and today, Steam has set yet another record. 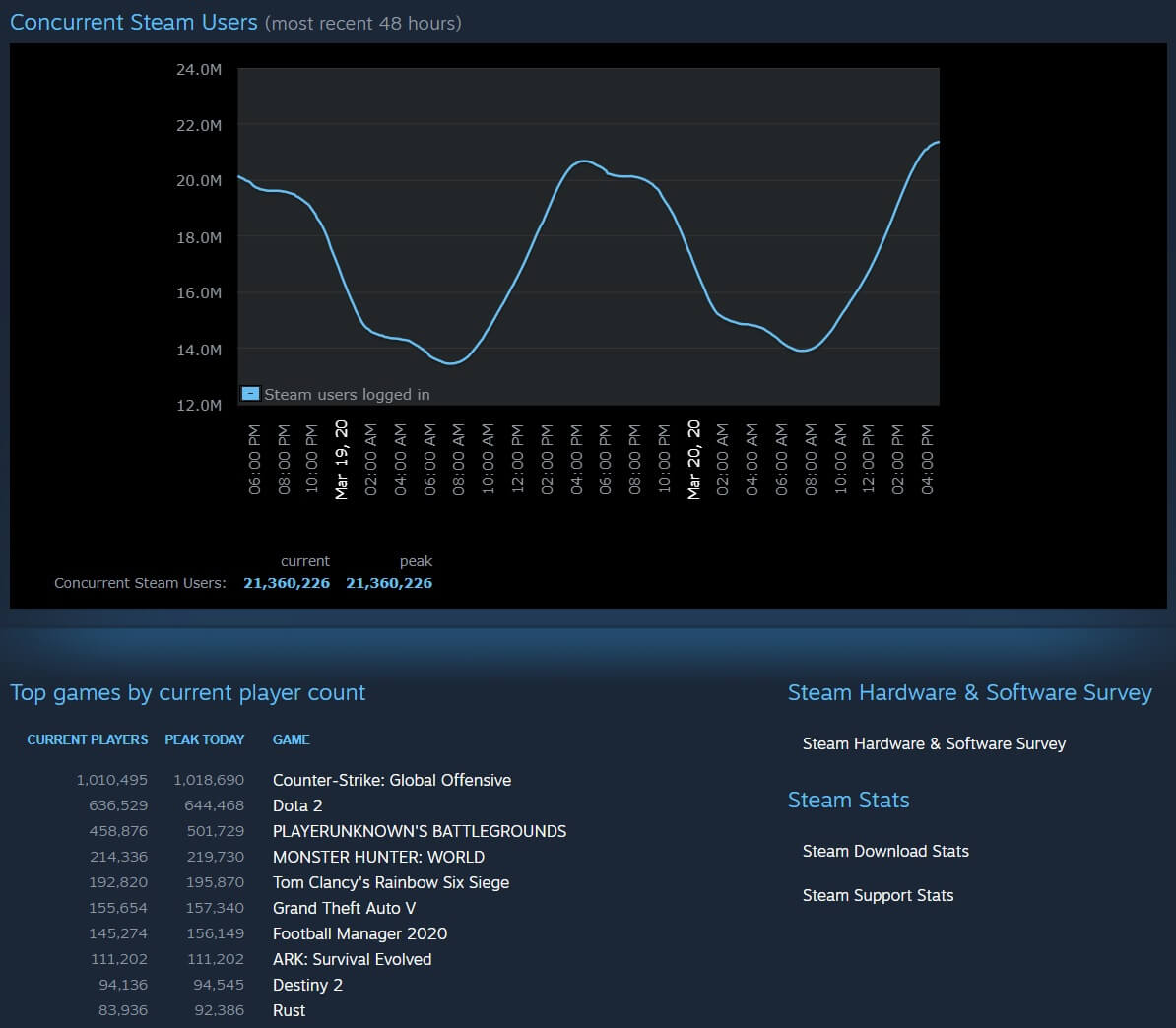 Naturally, Counter-Strike: Global Offensive is at the top of the games with most concurrent players. DOTA 2 is in the second place, followed by PUBG, Monster Hunter World and Rainbow Six Siege. Grand Theft Auto 5 is in sixth place, whereas Football Manager 2020 and ARK: Survival Evolved are in seventh and eighth place, respectively. Lastly, Destiny 2 and Rust are in ninth and tenth place.