And there is literally nothing stopping this train. Steam has set another record for concurrent users, as on March 13th there were 9 million users online simultaneously. Contrary to last year’s ‘9 million’ record, this one was not caused by a sudden traffic boost or anything like that. Steam keeps growing, showing why the PC platform is nowadays a platform that most publishers and developers want to support.

As we can see below, DOTA 2 and Counter-Strike: Global Offensive were the most popular (aka most played) games on March 13th. Team Fortress 2 was in third place, followed by Football Manager 2015, Civilization V, the recently released city builder Cities: Skylines and PAYDAY 2. 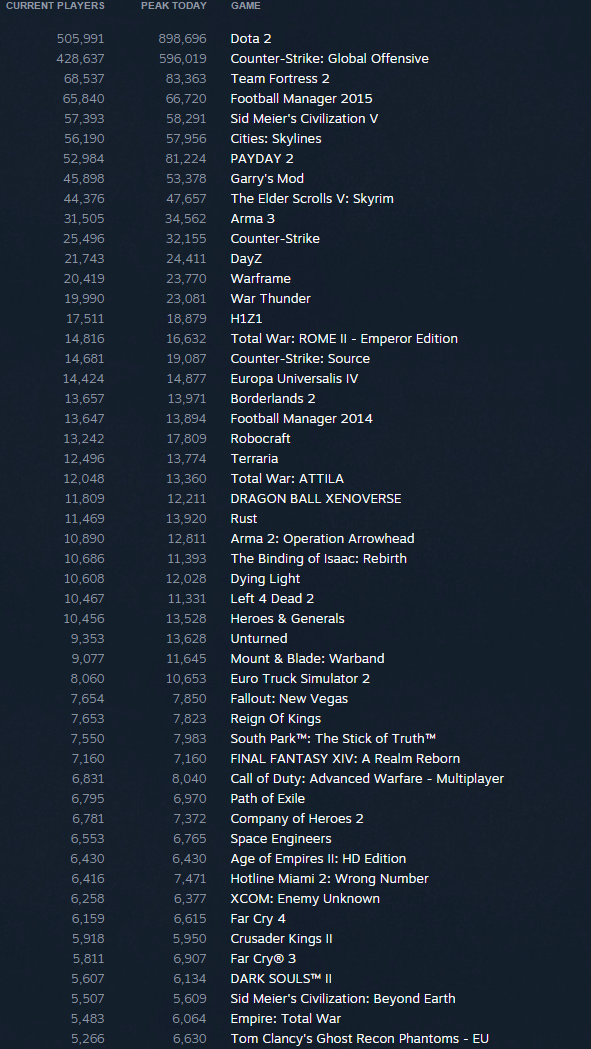 Kudos to NeoGAF’s member ‘Nzyme32‘ for reporting the news!