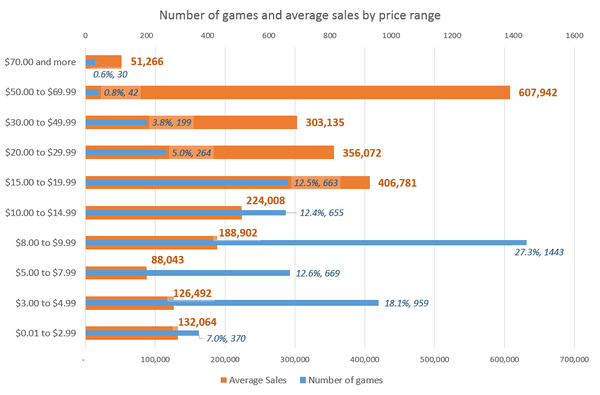 In short, there are games selling like hotcakes on Steam (even without special free weekend offers). However, there are also games that have really, really low sales. And as a result of that, the average number of sales for each price point gets significantly decreased.

In conclusion, you should not let this graph mislead you. While the average sales of expensive games are indeed higher than the average sales of cheaper games, it does not mean that Steam’s best-selling title is priced at $59.99. Or that a number of cheaper games do not outsell other, triple-A and more expensive titles. Or that there can’t be successful titles in that lower tier categories.