Valve has just revealed the Steam Awards 2017 winners. During these past days, Steam users were able to vote for their favourite games in various categories and the results may surprise some of you. The big winner here is Cuphead as it was the only game that took home two awards.

The “Choices Matter” award went to The Witcher 3: Wild Hunt, whereas the “Mom’s Spaghetti” award went to PlayerUnknown’s Battlegrounds. Warframe got the “Labor of Love” award and Rocket League got the “Suspension of Disbelief” award. Stardew Valley received the “The World Is Grim Enough Let’s Just All Get Along” award and The Witcher: Enhanced Edition Director’s Cut won the “No Apologies” award. 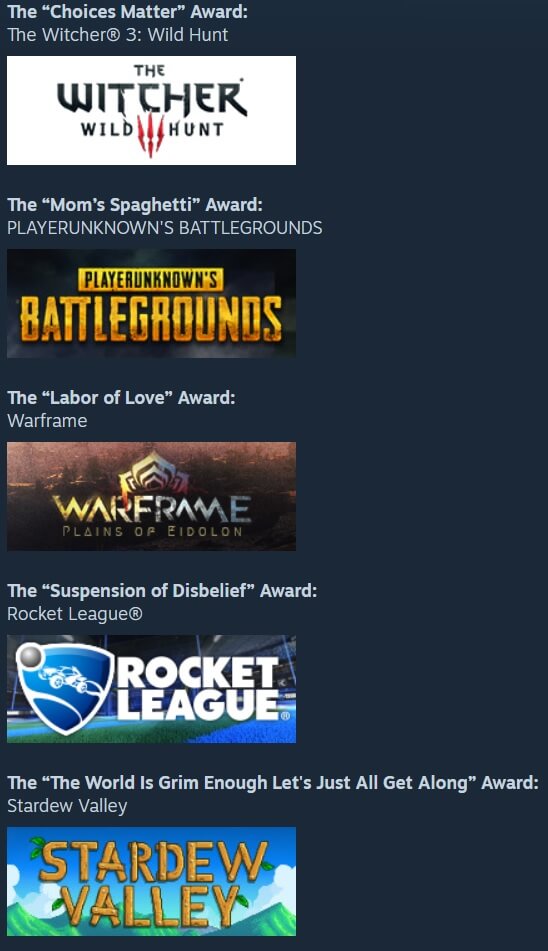 Garry’s Mod won the “Defies Description” award and Just Cause 3 got the “Cry Havoc And Let Slip The Dogs Of War” award. Counter-Strike: Global Offensive got the “Haunts My Dreams” award, Rise of the Tomb Raider got the “Soul Of Vitruvius” award and The Evil Within 2 received the “Whoooaaaaaaa, Dude! 2.0” award.

And last but not least, Cuphead won the “Best Soundtrack” and “Even Better Than I Expected” awards. 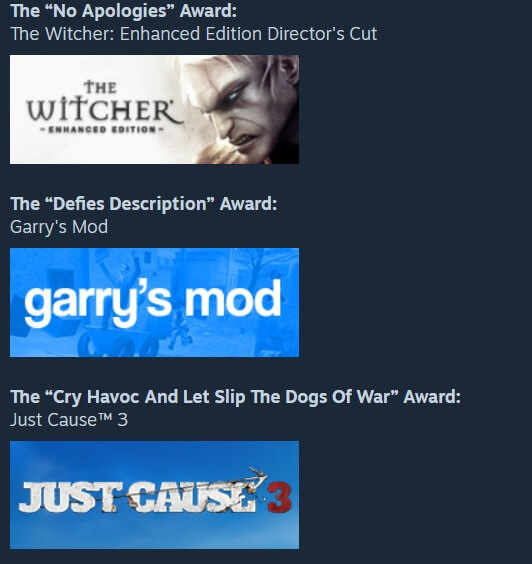