The fifth day of Steam’s Autumn Sale has been launched, and PC gamers can find today some new, great deals. Arkane Studios’ stealth title is now priced at 24.99€, while Rocksteady’s spectacular Batman: Arkham City is now offered for only 5.24€. In addition, Sonic: Generations, Civilization V and Orcs Must Die! 2 come with a 75% discount and are priced at 7.49€, 7,49€ and 3,74€, respectively. You can view all of today’s Steam deals below. Enjoy! 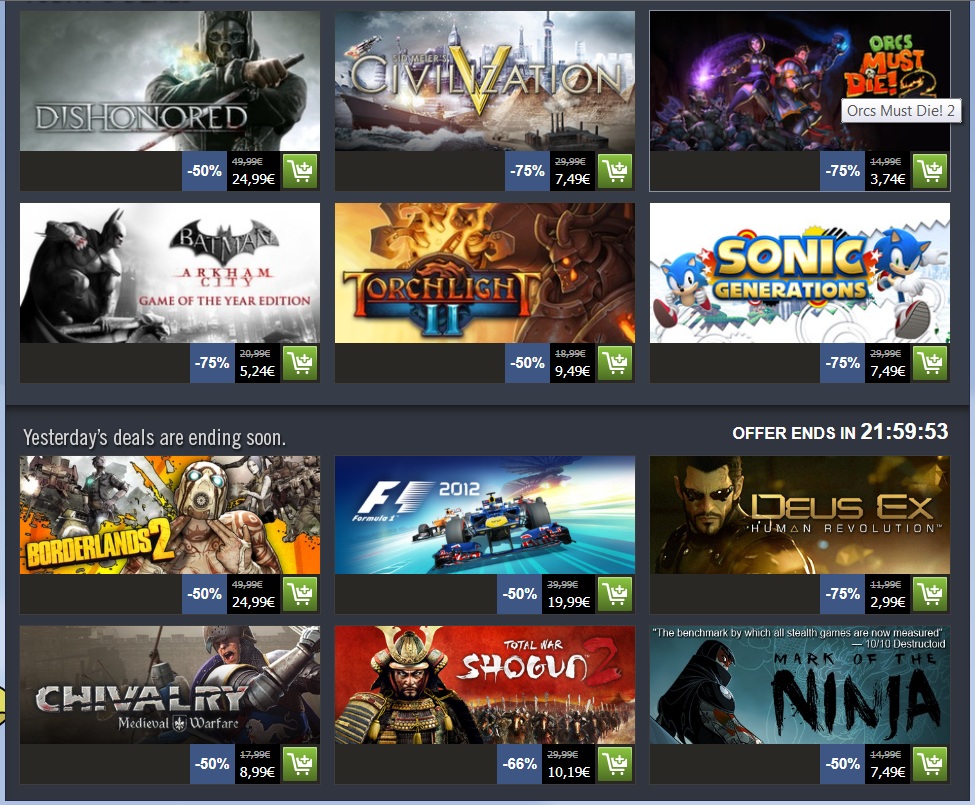