In Starlight Inception, players will explore our star system a hundred years from tomorrow, where World War IV has erupted. And the future is a dangerous place. You are a young space pilot deep in the midst of a giant battle struggling to protect what remains of humanity.

“I am really passionate about the space combat genre and am very excited to be putting together a game that is the natural descendant of beloved titles like Wing Commander and X-wing vs. TIE Fighter, but with a modern spin. We have a robust storyline, and different single player and multiplayer modes to keep players excited and enthralled. We’re really taking a fresh approach to this material to give the players something borrowed and something new.”

“Starlight Inception is a realistic free-roaming game that will have high quality music, great sound, richly detailed art and an involving storyline. It will have great production value from beginning to end.”

Escape Hatch has already put in place is a collaboration with triple Grammy nominated composer and musical storyteller, David Arkenstone, who has previously worked on Blizzard Entertainment’s World of Warcraft and World of Warcraft: Cataclysm. The musical score is planned to dynamically accompany the rich and engaging action within Starlight Inception.

When asked about working on the Escape Hatch project, David said:

“I’m very excited to be part of the Starlight Inception team. The design looks awesome, and I’m looking forward to crafting some unique and powerful music for the soundtrack.”

The team at Escape Hatch feels that the art quality and look of Starlight Inception is critical to their survival in the marketplace. Therefore another key area they have concentrated on is high quality art assets and marketing materials. To that end, they have just released a new 1080p HD teaser trailer that can be viewed below.

“After seeing some of the incredible concept drawings and art flooding into the studio every day from prospective partners, I’m really excited to see what can be done for Starlight Inception.”

“Our fans are the greatest. We place their needs very highly, and we bend over backwards to answer questions promptly and to thank each and every one personally. We also give a thoughtful ear to the detractors, listening carefully to their reasons or comments, and then take action to correct those things.

By offering AAA music and an unbeatable art look, as well as other strategic partnerships that are still in the planning stage, we hope we’ve positioned ourselves to be noticed by potential fans of the space combat genre, get on the radar of more journalists, bloggers and forums, and most importantly to develop a game that will knock the public’s socks off.” 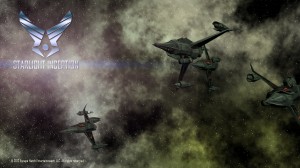 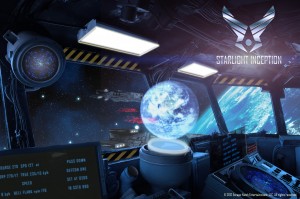 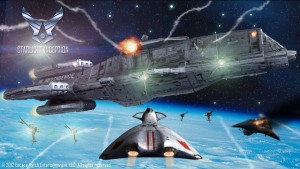 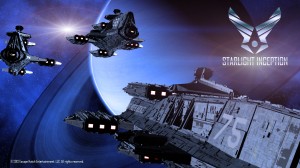