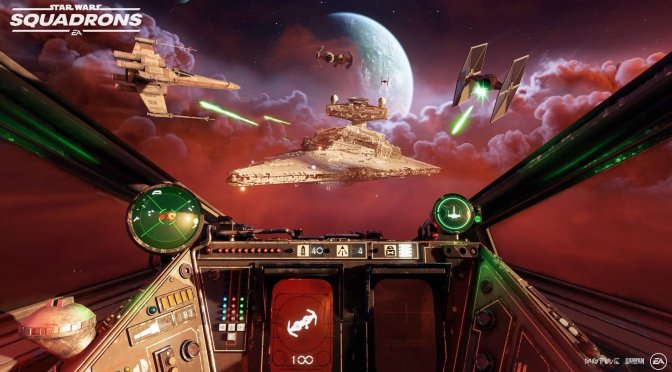 EA Motive has released Patch 1.2 for Star Wars Squadrons. According to the team, this update fixes numerous bugs and issues that players have experienced in the game.

Going into more details, Update 1.2 fixes an issue where the player could experience a black screen during or after customizing their pilots. It also fixes an issue where pilot models were blurry when being customized for some players. Additionally, this patch makes improvements to the overall Fleet Battles tutorial experience. It also packs other stability improvements and minor fixes, including reduced crashing on PC.

Furthermore, Update 1.2 fixes an issue where the game crashed while transitioning into a match in Dogfight Mode. It also improves performance while using Steam VR, and comes with a number of VR fixes.

Before closing, make sure to read our Review and our PC Performance Analysis for Star Wars Squadrons.

As always, Steam and Origin will download Patch 1.2 the next time you launch their clients. Below you can also find its complete changelog.