Star Wars Squadrons is the latest Star Wars game from Electronic Arts. The game uses the Frostbite Engine, so it’s time now to benchmark it and see how it performs on the PC platform. 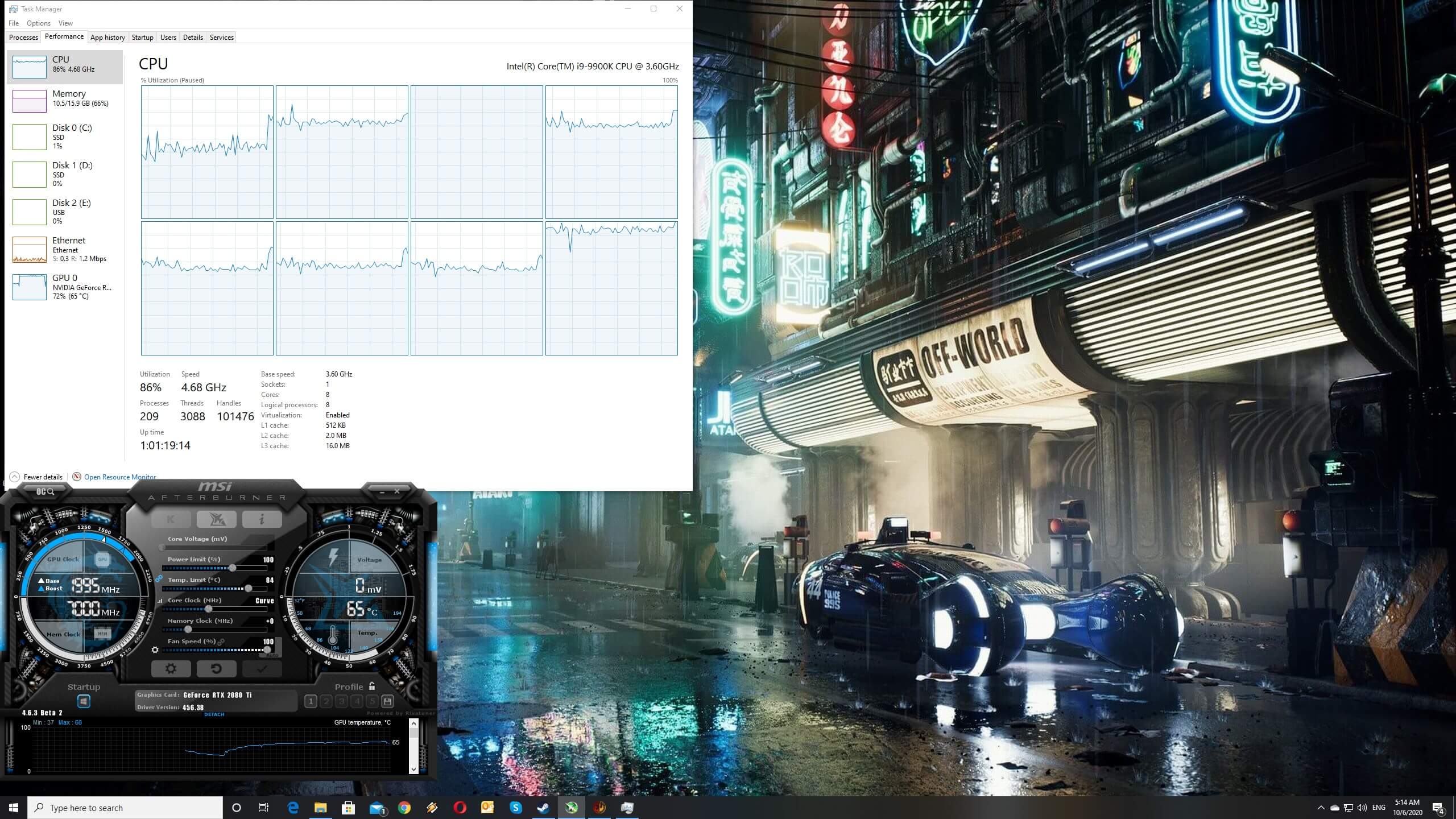 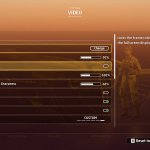 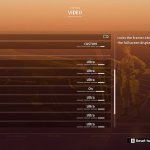 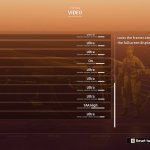 Unfortunately, we were unable to benchmark the game on different (simulated) CPU systems. Star Wars Squadrons allows PC gamers to install the game on five different PC systems every 24 hours. The game had already blocked us during our GPU benchmarks, so we couldn’t really afford to wait two more days for our CPU benchmarks.

Now the reason we’ve decided to go ahead and skip the dual-core, quad-core and hexa-core tests is because the game does not require a high-end CPU. Our Intel i9 9900K was able to push a minimum of 270fps and an average of 277fps at 1080p/Ultra. Furthermore, our Intel i7 4930K was able to offer a constant 144fps experience at the same settings. And while this older CPU was bottlenecking our RTX3080, we were at least getting really high framerates. 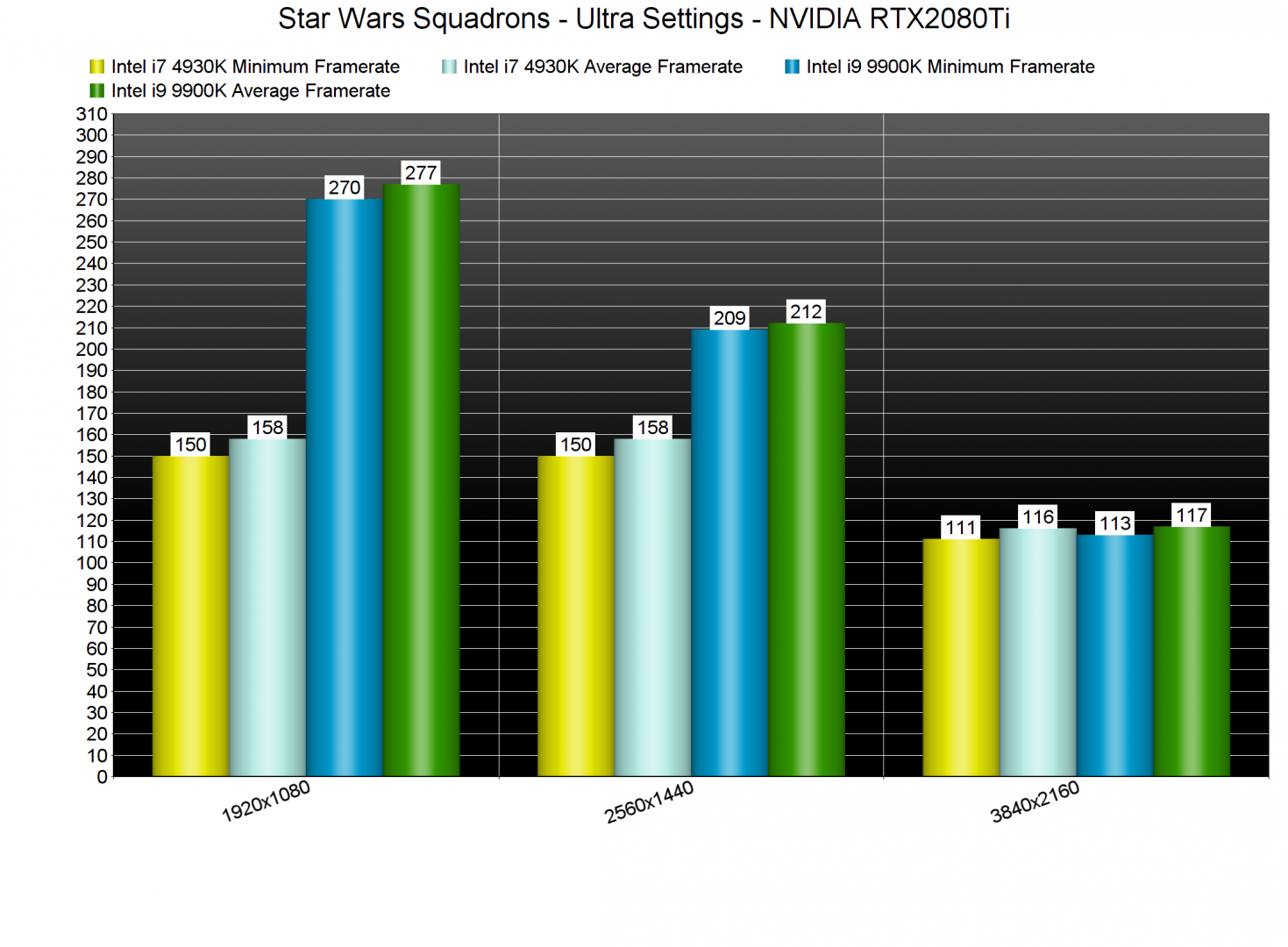 Due to its relatively low CPU requirements, we can safely classify Star Wars Squadrons as a GPU-bound title. However, this does not mean that the game requires a high-end GPU in order to shine. At 1080p/Ultra, most of our GPUs were able to offer a constant 60fps experience. Hell, even our GTX680 was able to push a minimum of 44fps and an average of 48fps. 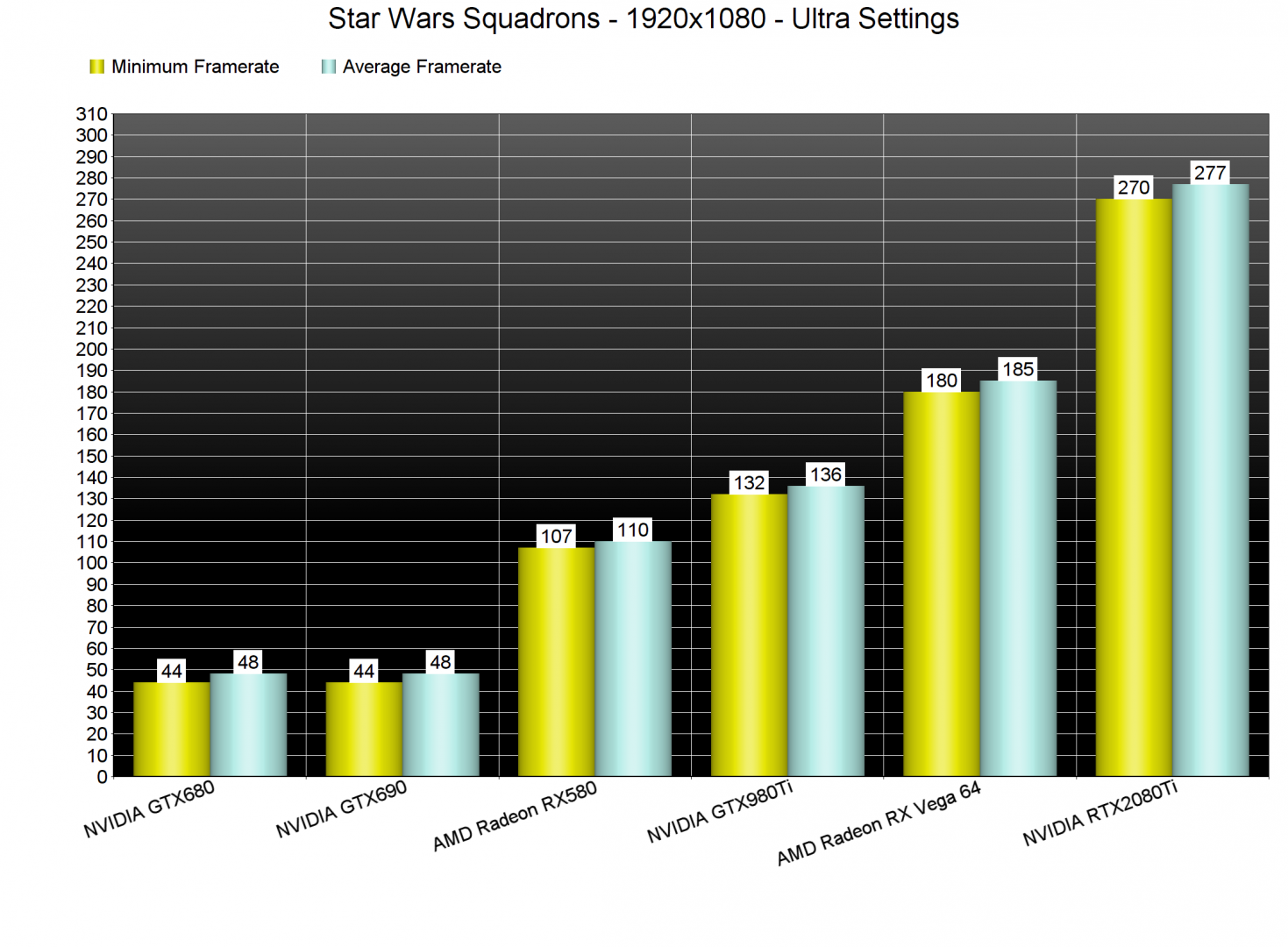 At 2560×1440, our three most powerful GPUs were able to run the game with more than 100fps. However, we’ve experienced a really weird behavior in 4K on our AMD Radeon RX Vega 64. While this GPU was noticeably faster at both 1080p and 1440p than the GTX980Ti, it was slower than it in 4K. The only GPU that was able to offer a constant 60fps experience in 4K was the RTX2080Ti. 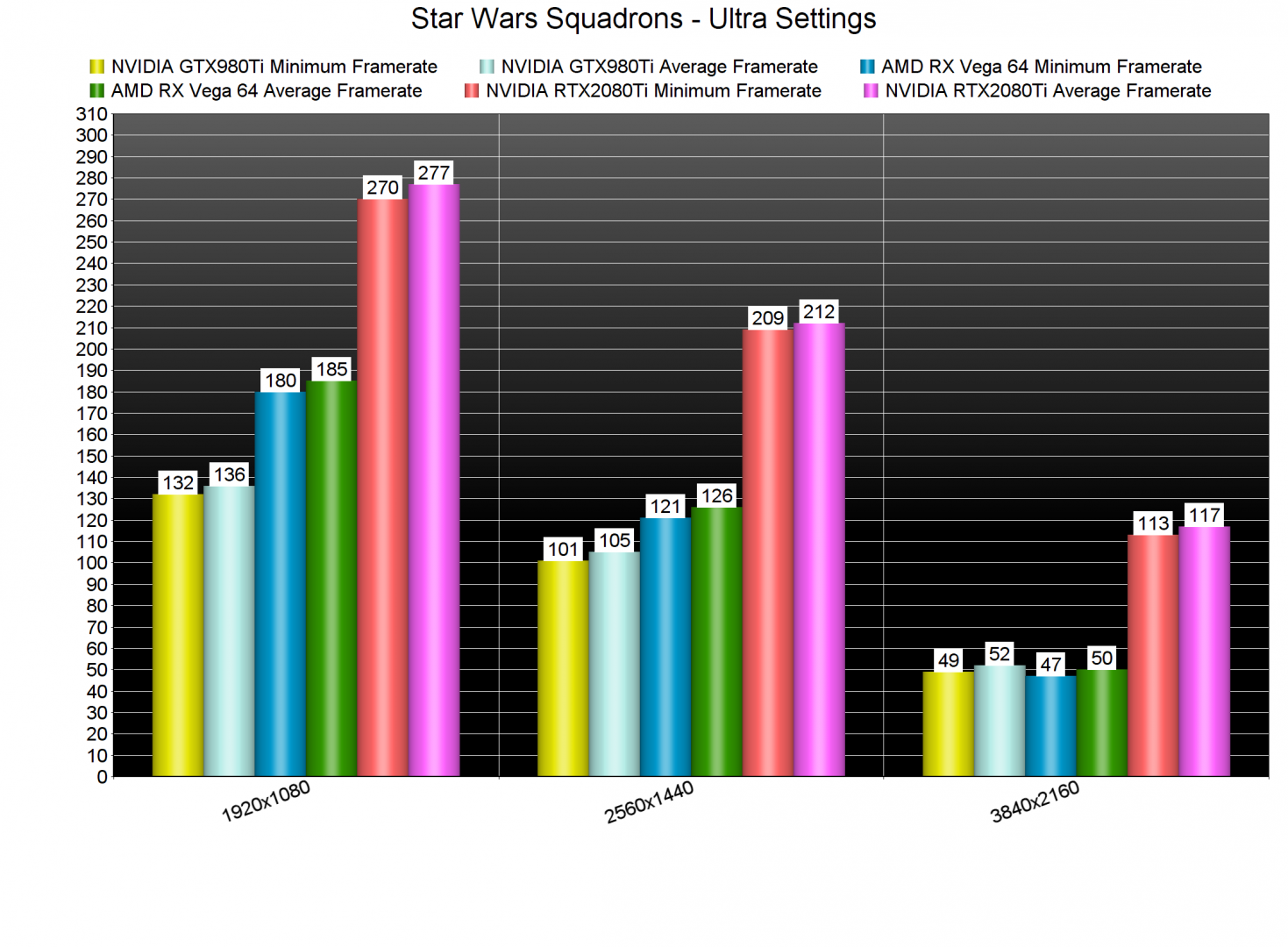 Graphics-wise, Star Wars Squadrons looks beautiful. All spaceships look amazing, and the space battles are great. The human character models during the real-time cut-scenes are also highly detailed. EA Motive has also used high-quality textures, and everything looks top notch. There is really nothing to complain about here; Star Wars Squadrons is a really beautiful game.

Before closing, we should mention the awkward Hz/framerate issue that currently affects the PC version. As we’ve reported, the game’s animations are locked at 30fps when using high refresh rate monitors. In order to get a smooth 60fps experience, you’ll have to set your in-game refresh rate option to 59.95hz. Then, you’ll have to enable V-Sync. By doing these, owners of 120hz, 144hz, 165hz (etc) monitors will be able to get a smooth experience. Otherwise, the game will feel and play like a 30fps game. Regarding the 100% CPU usage issue, EA Motive has released a hotfix/update that resolves it.

In conclusion, Star Wars Squadrons runs silky smooth on the PC platform. The game does not require a high-end CPU or GPU for gaming at 1080p/Ultra. The game also displays proper on-screen K&M prompts, and we did not experience any mouse acceleration issues. Unfortunately, the high refresh rate issue that currently affects the PC version is really annoying. EA Motive is aware of it, so it will hopefully fix it via a future patch. I’ve also heard that the game has major issues with HOTAS and some gamepads/joysticks. So yeah, while the game runs smoothly on the PC, it does currently suffer from some PC issues.