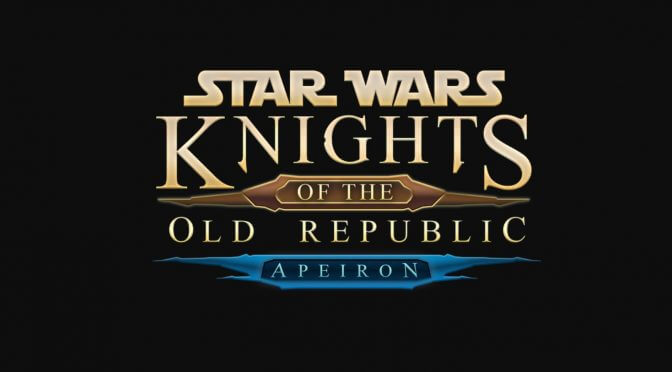 And we all saw that coming. Back in August, we informed you about a fan remake of the first Star Wars: Knights of the Old Republic game in Unreal Engine 4. And as you’d expect, Lucasfilm has shut it down.

It's with a great sadness that I'm posting today; I recently received a letter from Lucasfilm instructing Poem to end production on Apeiron. After a few days, I've exhausted my options to keep it afloat; we knew this day was a possibility. I'm sorry and may the force be with you pic.twitter.com/OCRmMIjwGT

This is nothing new as a large number of fan remakes of older games in new engines get shut down. Now I’m pretty sure that most of you will wonder why these fans are announcing their games prior to finishing them and the answer is simple; recognition. It’s pretty hard developing such fan projects and my guess is that most of these guys want to land a job at a company. As such, these recreations are perfect for building a portfolio.

Apeiron would require the original game, Knights of the Old Republic, in order to be played. This fan remake would also feature many aspects from the original game (such as the pausable combat and the original flow of the story), as well as new features and ideas such as 1st & 3rd person camera viewpoints and deeper customization.

So, another one bites the dust!