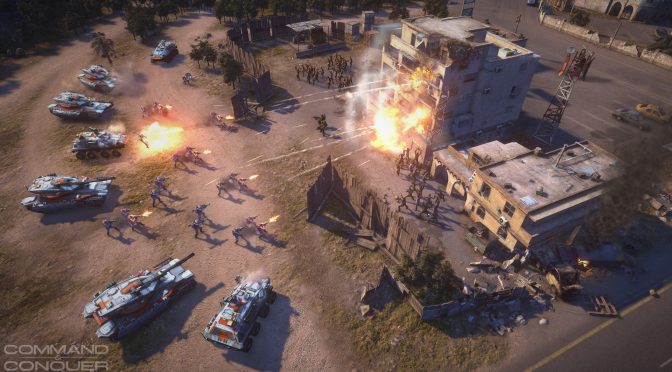 “As most of you may know, we recently announced Command & Conquer: Rivals, a mobile game set in the Command & Conquer universe. Following the reveal of Rivals, we heard you loud and clear: the Command & Conquer community also wants to see the franchise return to PC. And as a fan of C&C for over 20 years, I couldn’t agree more. With that in mind we’ve been exploring some exciting ideas regarding remastering the classic PC games, and already have the ball rolling on our first effort to celebrate the upcoming 25th Year Anniversary.”

Vessella claimed that over the next few weeks they will be talking to fans in a variety of ways, stating that they are eager to hear fans’ feedback to help influence their current thoughts for PC and what comes next.

I’m pretty sure that we can all agree that EA needs to avoid using microtransactions in this possible new entry of Command & Conquer, stay true to its real-time strategy nature (stay away from the LoL or Ground Control influences), offer a compelling story, and feature both a single-player and multi-player modes.

So yeah, these are some crucial things that EA needs to follow, otherwise most Command & Conquer fans – and PC gamers in general – won’t be bothered with this new C&C entry.