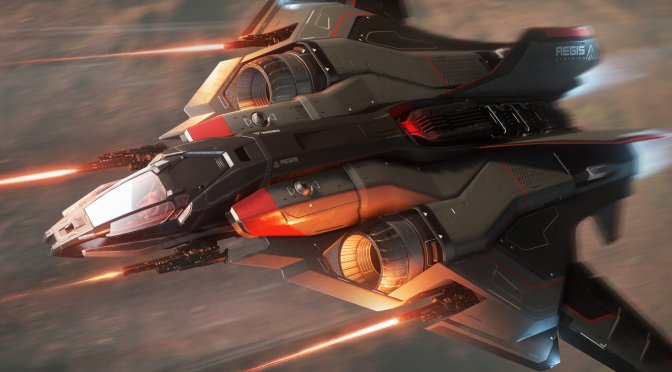 Cloud Imperium has announced the release of Star Citizen Alpha 3.10: Flight & Fight. According to the team, this new alpha introduces an array of new and improved gameplay mechanics, combat tools, vehicles, planet tech improvements, and more.

With the launch of the Star Citizen Alpha 3.10: Flight & Fight update, players can look forward to more expanded experiences and deeper immersion. With new dynamic flight systems in place to enable thruster efficiency curves, aerodynamic ship surfaces, and jerk customized to every ship in the game, pilots should expect each ship in Star Citizen to behave differently and with much more individual character. Pilots will feel the difference and the g-force when flying through the atmosphere of a planet compared to battles in space. In short, flying in Star Citizen has never felt more realistic. These new dynamic flight systems are supplemented by major enhancements to fixed weapons and turret systems to make dogfighting and space combat more thrilling. For full details and patch notes covering the Star Citizen — Alpha 3.10: Flight & Fight update, please head here.

“Today’s launch of the Alpha 3.10: Flight & Fight Update marks a significant step towards our final vision for Star Citizen. The enhancements to flight and combat systems are just the beginning of the continued overhaul we intend to iterate over time with the help of our community and represents our continued commitment to deliver meaningful updates that improve the Star Citizen experience.”