During CitizenCon 2016, Cloud Imperium revealed some new information about Squadron 42; the single-player mode of Star Citizen. According to the team, Squadron 42 will feature 28 chapters that will be equivalent to 60+ missions.

The game will feature 340 speaking roles with state of the art facial scanning and mocap, and over 20 hours of performance capture. In addition, its story arc is made of 1255 pages of dialogue. 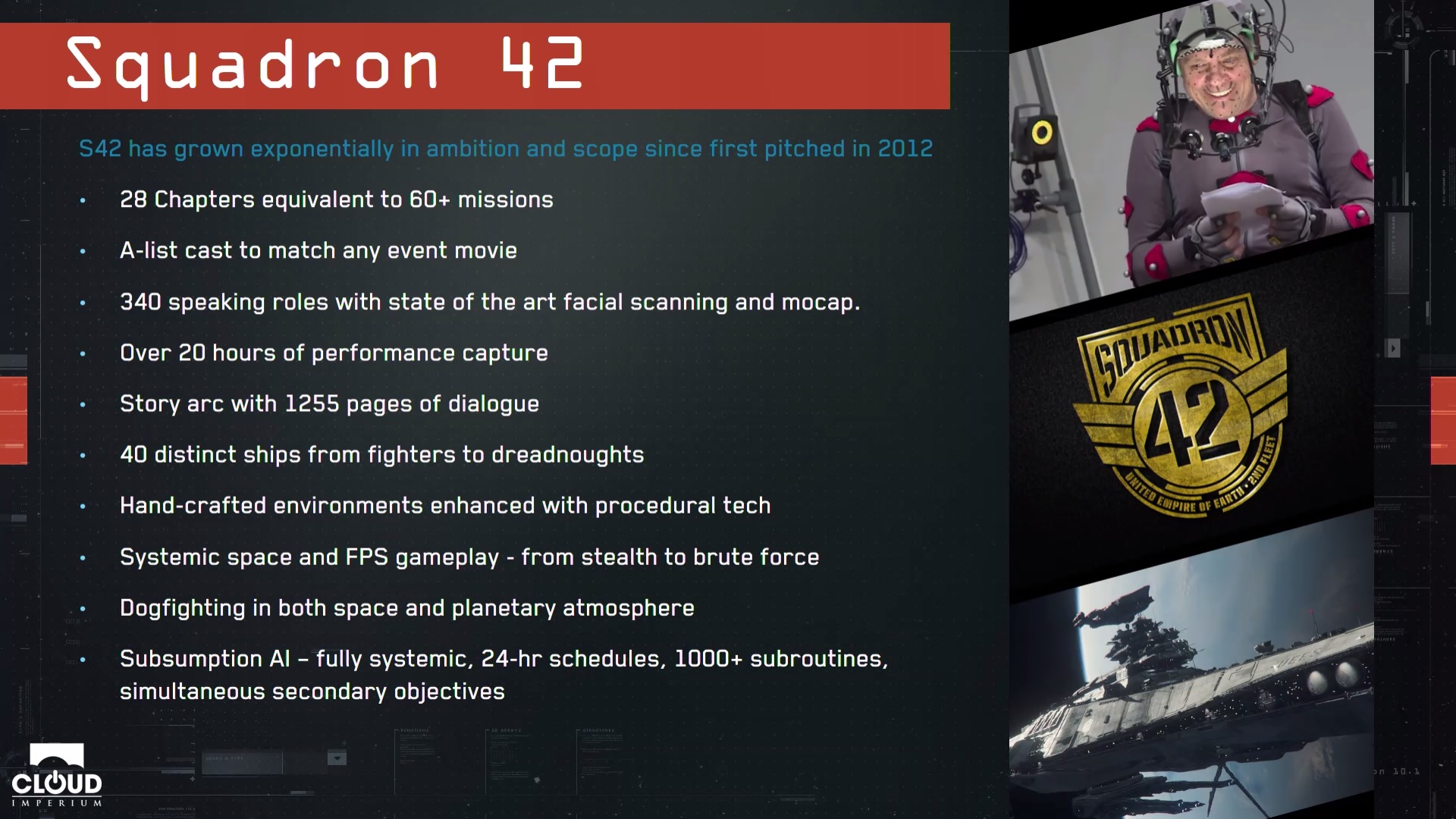 Squadron 42 will have 40 distinct ships, hand-crafted environments that will be enhanced by procedural tech, systemic space and FPS gameplay (from stealth to brute force), dogfighting in both space and planetary atmosphere and a subsumption AI.

The game has been delayed to 2017, though Cloud Imperium may give everyone a small glimpse of it by the end of this year.

Cloud Imperium has also demoed a new build of Star Citizen, showcasing the new tech that is coming to it. Star Citizen’s demo is easily one of the best things you’ll see this year, so here is hoping that Cloud Imperium will be able to deliver what it has promised.