Cloud Imperium has shared the development roadmap for Squadron 42, the single-player portion of Star Citizen. And if you were expecting to get a taste of this highly anticipated title in 2019, you will be disappointed to hear that the earlier you’ll be able to play it is in early 2020.

According to the development roadmap, Cloud Imperium expects to to be feature and content complete by the end of 2019. In Q1 2020, the game will enter its alpha phase and in Q2 2020 it will enter its beta phase. During these phases, the team will focus on balance, optimization and polish.

This basically means that we’re looking at a Q3 or Q4 2020 release.

Chris Roberts has also announced that his company has closed a minority investment into Cloud Imperium US & UK, from Clive Calder’s family office and Keith’s Snoot Entertainment for $46M for approximately 10% of the shares in the Cloud Imperium US and UK companies.

“This investment helps secure our independence. We may not have the resources that an Activision or EA have to launch one of their tentpole games, but we now control our own destiny in marketing Squadron 42, especially as we have a secret weapon: all of you! Between the power of the best community in gaming to help get the message out and these additional funds we will be well positioned to enable Squadron 42 to enjoy the success that it deserves.”

Below you can find the development roadmap for Squadron 42! 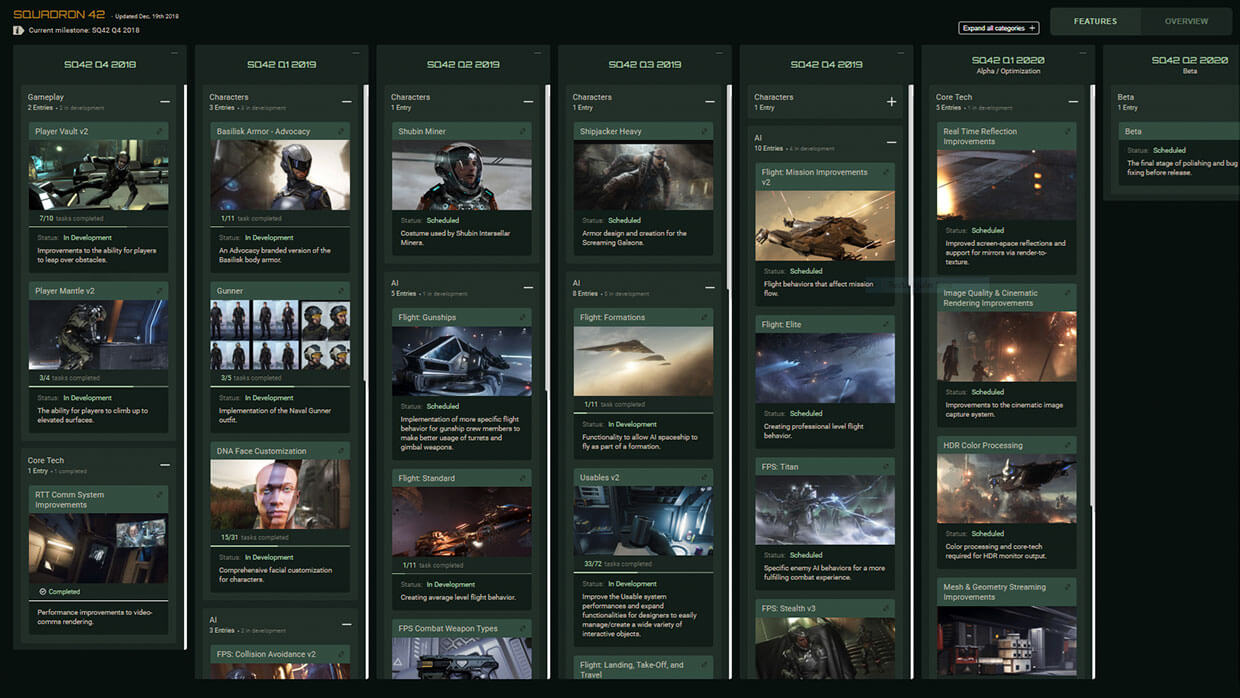