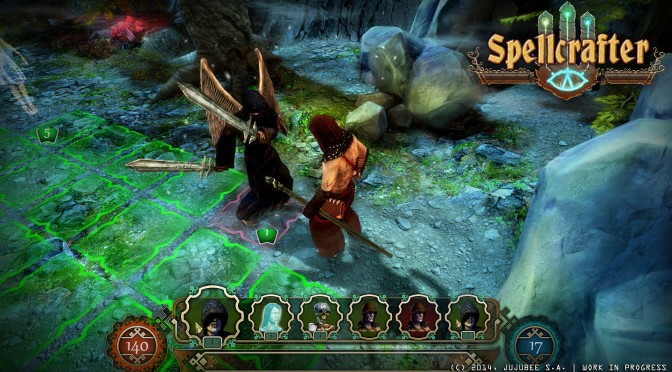 Jujubee announced today that Spellcrafter, its turn-based tactical RPG game, got released on Steam Early Access for PC (Windows/Linux) and Mac for the discounted price of $7.99. Spellcrafter is described as an RPG game with deep tactical turn-based combat and a unique spell casting system.

In Spellcrafter, players explore the magical world, collect gold, interact with NPCs, take quests and make moral choices. In addition, they will recruit heroes, assemble and summon powerful troops and send them into battle.

“The unique feature of Spellcrafter is the spell casting system. The game recognizes the sign you draw on the screen and automatically chooses the appropriate spell from the spellbook. If you don’t remember the correct sign you are able to consult the spellbook, but beware! Reaching for the spellbook takes additional time and the quicker you cast your spell, the more powerful it will be!”

The game is divided into 3 acts. Each of them tells a part from a compelling and magical story about the nature of reality, power and morality. You are able to choose from three races and play as human, control necromancer forces or fight for the elves. Each act features 3 levels with a different setting.

The Early Access version is available in English only (the final version will be available in 9 additional languages) and can be played from start to finish. However dialogues and text messages are not final.