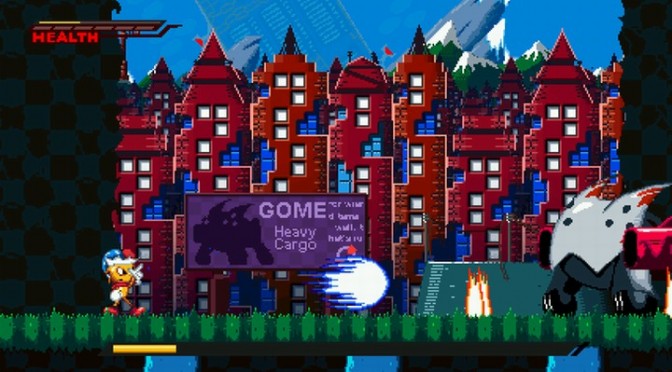 Felipe Ribeiro Daneluz has informed us about a new Kickstarter campaign for Spark The Electric Jester. Felipe was the main developer behind the Sonic the hedgehog fan games Sonic Before the Sequel and Sonic After the Sequel, and alongside a team of musicians he aims to raise $7K in the next 29 days.

What’s also interesting here is that there is a demo for you to try before pledging your support to this Kickstarter campaign.

Spark The Electric Jester is described as an action/platformer video game heavily based on classics from the 16-bit era, such as Mega Man X, Sonic the Hedgehog, and Kirby Super Star (Kirby’s Fun Pak in the EU), in which players assume the role of Spark; an electric jester frustrated by the loss of his job.

“On one beautiful day, robots decided to take over the world. Seeing as Spark’s job was taken by a robot, he decided this was the perfect opportunity for his revenge! Spark will have to travel through the world and be engulfed in high-speed thrills and tons of action against the robots and the one who has taken his job.”