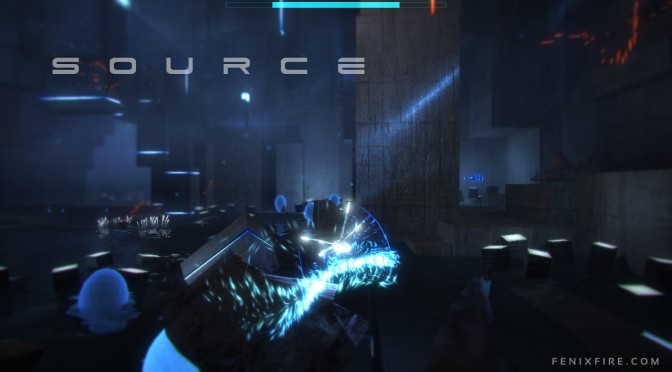 Fenix Fire officially announced today during PAX East its upcoming surreal adventure title called Source. In Source, players control a creature similar to a butterfly that must prevent the world of Source from falling into eternal darkness by gathering and distributing energy throughout the vast world.

In order to achieve this, you must first learn how the world works by observing and coexisting with the various indigenous creatures that inhabit this bizarre world.

“Playing out as a true metroidvania, you will face many mind bending puzzles and epic moments while constantly putting yourself at risk for the good of the world.”

-A deep, Metroidvania style adventure revolving around the life of a strange butterfly-like creature.
-High end 3D rendering and the latest in DirectX11 particle acceleration. Full Screen effects such as Depth of Field is completely integrated into the gameplay.
-Original soundtrack and audio score that perfectly augments the unique visuals of the game.
-Visual storytelling unfolds in an all original adventure.
-Explore the world, discover hidden areas, grow your character, and uncover the mysteries of Source.

Source is coming to PC, Xbox One and PS4 this Summer.