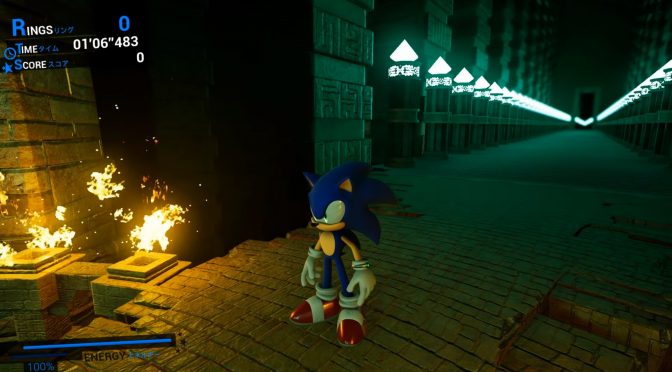 YouTube’s ‘Raphpower-S’ has released a remake of the Temple of Gaia map from Sonic Unleashed in Unreal Engine 4. This map recreates the area from the cut-scene when Sonic and Chip bring the Chaos emerald to the Gaia Temple to restore the planet.

Raphpower-S has used the original Sonic model from the game that was ripped from the Xbox 360 version from TheEpicOfGilgamesh, thus giving everyone a glimpse at what a new Sonic Unleashed game could have looked in Epic’s engine.

It’s a cool concept though you should not expect anything mind-blowing. Players can control Sonic and explore the temple and that’s it. From the looks of it, Raphpower-S does not plan to expand this project and create a fan-made game like CryZENx has done with The Legend of Zelda: Ocarina of Time.

But anyway, those interested can download the “Sonic Unleashed Temple of Gaia remake in Unreal Engine 4” from here, and below you can find a video showcasing this map (in case you are curious but don’t want to download it).