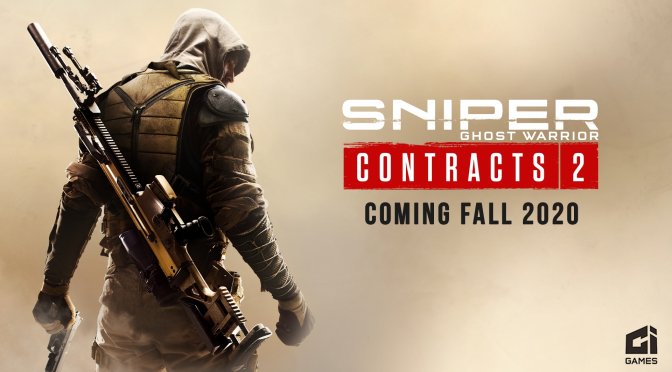 Back in March 2020, CI Games’ president Marek Tyminski stated that the team was working on Sniper Ghost Warrior Contracts 2. And today, CI Games has officially revealed this new sniper title.

According to the team, Sniper Ghost Warrior Contracts 2 will release on the PC in Fall 2020. This will be a current-gen game, so there are currently no plans for a next-gen version. Whether this will happen when next-gen consoles come out is anyone’s guess. Now the reason I’m mentioning next-gen consoles is because CI Games may add some new graphical effects to them. Thus, we don’t know whether these effects will also become available on the PC (via post-launch updates).

Unfortunately, CI Games has not revealed any additional details about this game. There is no Steam page, and there is no announcement trailer. CI Games has not even sent a press release. In short, we don’t know what will be the changes between the first and the second game.

Here is what Marek Tyminski said about Sniper Ghost Warrior 2 in March 2020.