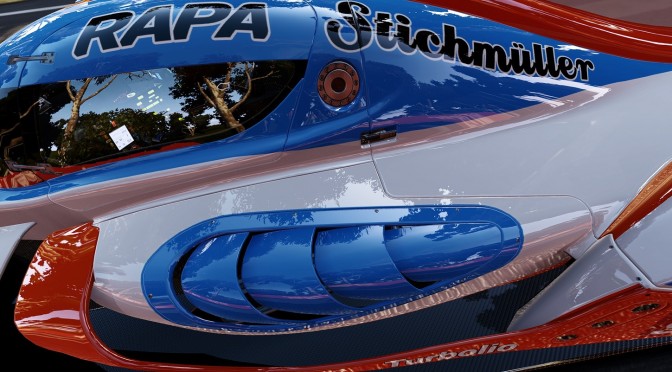 Seems Slightly Mad Studios felt a little bit salty about a number of comments from a gamer who was not satisfied by its PC racing title, Project CARS. Guru3D’s member ‘eclap’ has been constantly complaining for Project CARS and its current direction. And while that’s fine – at least in our books – since this guy helped funding the game, Slightly Mad Studios felt the need to refund him – without any warning whatsoever – and ban him from WMD and its FB page.

Now let’s take things from the beginning. Project CARS started as a crowd-funding game. During its early days, PC gamers could lay their money down on this project and help its development. What was interesting about pCars was the fact that it was driven by its community. And like it or not, eclap was part of that community, despite him having a different opinion about the concept of the project.

Imagine this scenario on a Kickstart-ed game. You pledge your money in hopes of a better product. Somewhere along the way, though, you realize that this game is not shaping up the way you were hoping to. Is it justified for the development team, after hitting its funding goal, to offer you a refund without asking you and ban you from its official forum? And what would have happened if Project CARS was not as ‘famous’ as it is today? Would Slightly Mad Studios ‘listen’ to its participants? And will the company treat the same way its customers when the game gets out?

Here is what Guru3D’s member ‘Leviathan’ (a user that is similar to ‘eclap’, only this fella likes the current direction of Project CARS) had to say:

“The reason for the ban is clear for anyone with a pair of eyes. (for those not familiarized here’s a “small” compilation http://forums.guru3d.com/showpost.php?p=4446107&postcount=618)

You’re a disgruntled person, with nothing but hatred against our Project, you’ve shown that in 99% of the posts you ever made around here, especially the “beauty” quoted on top. We do not need your kind of people within out project to be seeding hatred and causing nothing more than chaos and without offering anything worthy or useful for the project.

You can try to victimize yourself how much you want but the fact is if i had reported you almost two years ago when you were harassing me via PM on WMD you would have been gone sooner than this, but i had some hope you would gain some intelligence with time passing. Sadly it didn’t happen as it is clear with the message on top.

If someone sounds butt hurt it is you with your public and poor attempt of victimization and with the continuous poor claims about our flaws. You do not understand our Project, you will never understand it because you don’t want to.”

Excuse us, but that’s a big pile of sh!t. Slightly Mad Studios should not treat its customers or those who pledged money to crowd-fund this project this way. Crowd-funding is all about trust and listening to your fan base, no matter what. You can’t expect to have lots of people with the same opinion about certain things. That’s impossible. And since everyone can express his opinion about a project, a company should not act like that. Hell, ‘eclap’ didn’t even ask for a refund.

Want another example? Okay, here we go. We were the first who broke the story of Assassin’s Creed IV: Black Flag’s awful CPU optimization on the PC. Fair enough, we also backed up our claims with stats. Still, some may suggest that a Q9650 is too old for newer games (despite that the game was not stressing it, and despite the fact that this CPU will see tremendous benefits with Mantle). Will this justify Ubisoft for not sending review copies of its upcoming titles? Or to put it this way: is it okay for the industry to write good things and give 10/10 to all games in order to get review copies? For crying out loud, that’s what is destroying it.

This whole thing also raises one (or two… or three) big question; why should gamers put their trust on developers when it’s uncertain whether their games will hit – digital and retail – shelves? And does one justify a developer who asks for the crowd to fund its game, yet bans a user at a later stage of development – when funding is secured – for expressing a different opinion?

Obviously we’d welcome Slightly Mad Studios’ opinion on this matter and on why they acted on their own when that user had never requested a refund. So feel free to contact us!