Modder ‘GiantTurkeyFish’ has released a new, interesting lighting mod for Skyrim. Skryim Visuals – The Outdoors is a mod that changes the overall color of the weather and sunlight of Skyrim’s outdoor environments. Skyrim’s distance fog color has been change from a blue to more of a white and nights are dark enough that torches are more commonly used without sacrificing the ability see while in the dark.

In addition, Sunny days are brighter, various color changes have been made to the sky and weather, fog is now dark and dense to give the players more of an immersive feel during foggy weather, snowy weather has a grey tone instead of a blue, rainy weather is slightly darker, and mornings and evenings have darker shadows and various sunlight and weather color changes have been made to them.

Those interested can download it from here. Sadly, the mod is not yet available on SkyrimNexus. You can view some comparison shots below (although the modder said that they do not represent the mod due to converting these images to jpeg and his lack of experience in Photoshop). 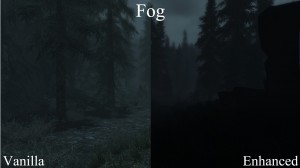 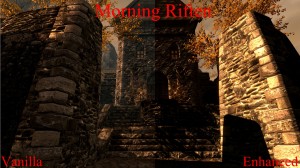 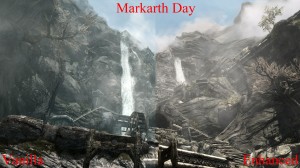 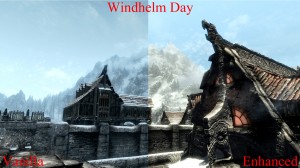 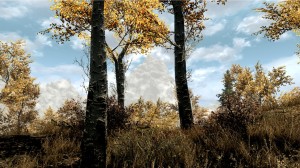