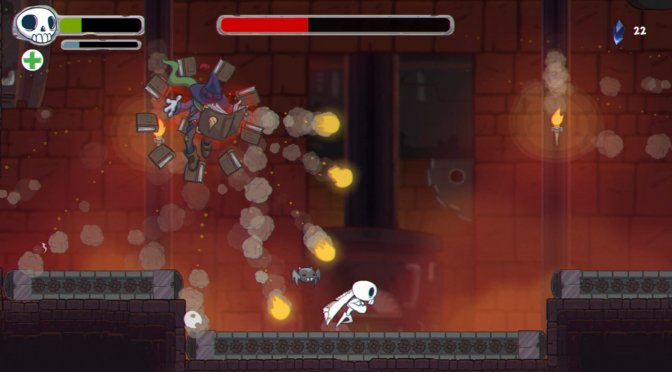 Now here is a pleasant surprise. Konami has just shadow-dropped a new cool action platformer, Skelattack, on Steam. Yeap, you read that right. Konami. The company that has not released any game since – if I recall correctly – Metal Gear Survive.

In Skelattack, players assume the role of. Just when you start to get the hang of being dead, your newfound home and friends are attacked by humans. Thus, players will have to  jump, slash, and flap your way though the Underworld and stop the human threat.

Developed by Ukuza, Skelattack features versatile and fluid platform gaming. The game also comes with a visually rich art style, and looks really lovely. Furthermore, there is an extensive check point system of Blue Flames so that players can practice their jumps.

In order to celebrate the game’s launch, Konami has also released a new gameplay trailer that you can find below.