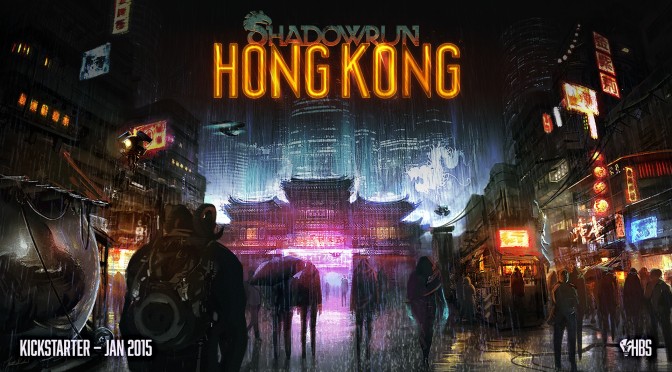 Harebrained Schemes has launched a new Kickstarter campaign for another Shadowrun title – called Shadowrun: Hong Kong – that managed to hit its initial goal of $100K in mere hours. Which is obviously great news for all cyberpunk fans.

Shadowrun: Hong Kong aims to feature a strong storytelling and sharp writing, lots of morally gray choices, a crew of memorable characters with distinct personalities, challenging tactical turn-based combat, a robust character creation system, and a one of a kind cyberpunk-meets-magic game setting that’s endured for over 25 years.

Shadowrun: Hong Kong is coming exclusively on the PC, and targets a mid-2015 release.

Enjoy and kudos to our reader “Umair Khan” for bringing this to our attention!