Gala Networks Europe announced that SEVENCORE, it’s fusion fantasy MMORPG developed by the Korean studio Noria, will commence Open Beta testing today on French and German servers. After a successful two week Closed Beta Test in early July, all players will now be able to register, download the game and log in to play without the need for a beta key.

SEVENCORE allows players to explore a vibrant world inhabited by three forces in the midst of a global conflict that will evolve as time goes on. The world is being torn apart by a war between the Grand Cross Alliance, it’s rival Amaad, and the shady Seven Core organisation that vies to dominate the world.

The game offers an open world filled with adventure, as players mix magic and technology to discover the secrets of a powerful energy source known as Soulite. SEVENCORE features in-depth character customisation and allows players to play as three indigenous races: Shajad, Bruter and Nuuk. It also features a wide range of mechanical and organic mounts for players to discover, which can used in combat and for travel across the ground and through the sky, and a character level cap of 80.

Players who participated in Closed Beta Testing will automatically receive a unique title, mount and cloak for their in-game character. There are also a number of events going on to celebrate the launch of the game, including a levelling competition to level 80 offering in-game items, gPotato vouchers with one winner per market also walking away with a laptop. The hardest Working Man Event will give crafters the opportunity to get some unique in-game items, and a number of other in-game events will be announced during August. 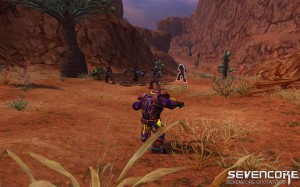 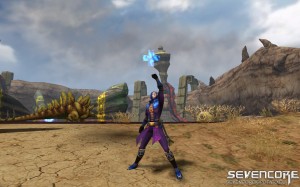 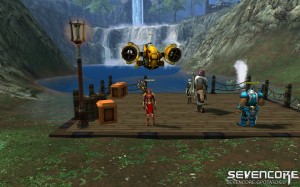 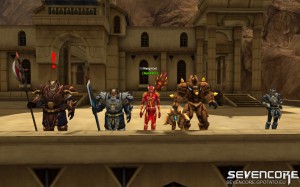