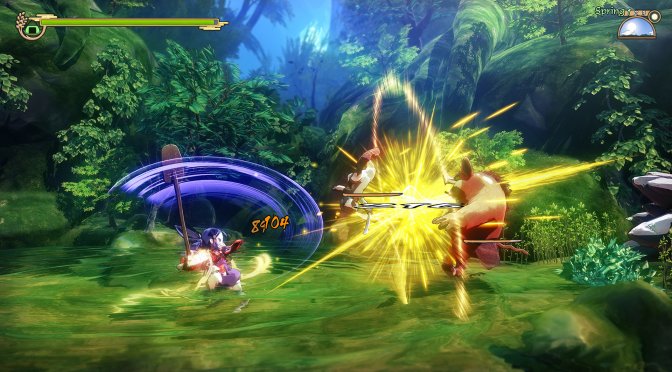 Back in 2017, we informed you about a new side-scrolling platformer, Sakuna: Of Rice and Ruin, that was coming to the PC. Apparently, though, the game did not meet its initial 2018 release date. Thankfully, XSEED Games has announced that this platformer will release this November, and released a new gameplay trailer for it.

In Sakuna: Of Rice and Ruin, players take on the role of Sakuna; a proud yet lonely harvest goddess who is banished to a dangerous island with a group of outcast humans.

Using farm tools as weapons, players can chain together quick, heavy, and special attacks to take down demonic beasts. Moreover, they will be able to master the magical “divine raiment” which will be essential to grapple distant platforms, evade danger, and overcome powerful enemies.

Additionally, players will learn the ancient art of agriculture. By doing so, they will be able to plant, harvest, and cultivate the perfect crop. As a harvest goddess, Sakuna’s strength grows with each rice crop, with attributes such as aesthetic and flavor directly correlating to her combat abilities.