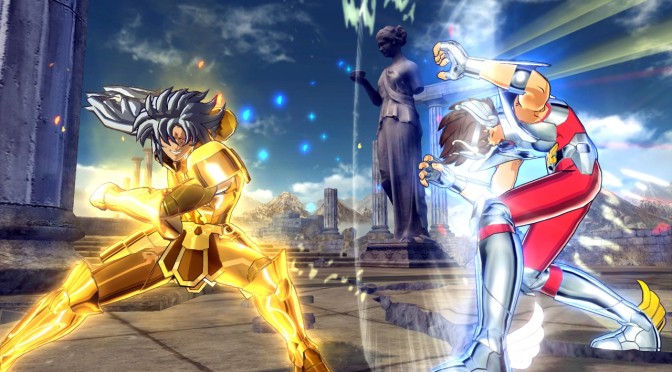 In this brand new anime and game, the legendary Gold Saints are back from the dead with their new God Cloths! The fabled fight against Hades was not the end of everything for Athena’s heroes: blessed by heavenly powers, Seiya and his friends still have to accomplish something bigger.

“As an entertainment provider, we are very proud with the activity around SAINT SEIYA , a legendary licence! On one hand, we have a new Anime on our very own Daisuki.net, on the other hand SAINT SEIYA will hit PC and PlayStation®4 for the first time ever with this Soldiers’ Soul opus! Our collaboration with DIMPS Co.,Ltd has always been successful and our latest collaboration, DRAGON BALL XENOVERSE, proved that our duo is working perfectly well! We all are excited to see this game coming out in Autumn 2015!”