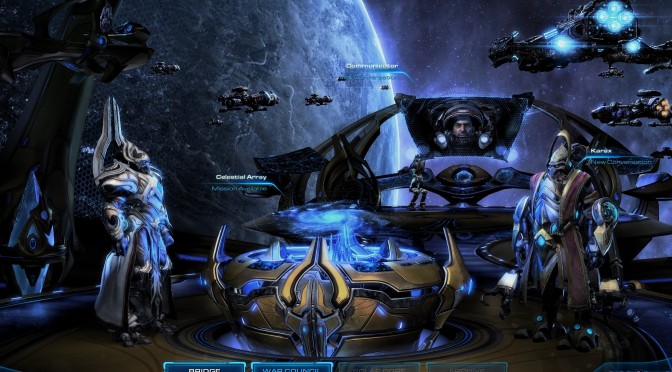 Daily Dot has reported that the closed beta phase of StarCraft II: Legacy of the Void is scheduled for an end of May/early April release. According to Daily Dot, Blizzard is currently accepting requests for beta keys from the gaming press and several prominent esports organizations, and that the closed beta will begin in around three weeks from now.

As always, we strongly suggest taking this with a grain of salt as Blizzard has not commented yet on this rumour.

As one of Daily Dot’s sources said:

“Blizzard will be aiming for an end of March or early April release. It’s great timing for them. WCS Season 1 will be all but over and this will give players plenty of time to stream the beta and generate some excitement. As things stand the beta is pretty much ready to launch with the balance team just tweaking a few units.”

StarCraft II: Legacy of the Void will be the conclusion to the StarCraft II trilogy and a standalone game experience, that will continue the story of StarCraft II: Wings of Liberty where the first expansion, Heart of the Swarm, left off, with a new campaign that brings the sci-fi saga to an epic conclusion.

Archon Mode is a competitive multiplayer mode, described as a new way to enjoy StarCraft II with friends. In Archon Mode, two players share control over a single base and units as they take on an enemy duo in multiplayer action. By sharing the responsibility of commanding troops and managing resources, players can focus on their own areas of the battle and execute more intricate strategies.

On the other hand, in Allied Commanders – a cooperative experience – players can team up and take on the roles of powerful commanders from the StarCraft saga. Each commander offers unique abilities and upgrades and bestows special bonuses on their armies. Players are able to battle through a series of special scenarios together, leveling up their commanders’ capabilities as they progress.

It is not known whether the closed beta will offer access to the aforementioned modes.