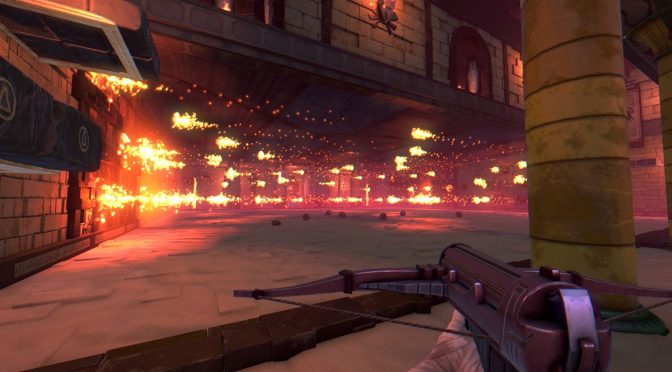 Crema announced today that Immortal Redneck, its Rogue Lite First Person Shooter, will be releasing on PC, Mac and Linux on April 25th. In Immortal Redneck, players take the role of a redneck who is on holiday in Egypt when they have a serious accident.

“Upon awakening you discover that you are now mummified in a sarcophagus in ancient Egypt. Sounds normal for a Tuesday. From there you must try to learn how you survived the accident and ended up transported to ancient Egypt with the answers lying inside three death-laden pyramids, each filled to their pointy tips with an array of monsters and bosses who have one thing on their ‘to do’ lists – kill you!”

Each of the three massive pyramids in Immortal Redneck contains randomly generated dungeons, all with different sets of enemies and bosses, ensuring every play through is different. The game also features nine playable character classes each with their own traits and characteristics, a complete skill tree where you can upgrade your skills, unlock new classes and abilities, over 50 weapons from the traditional to the unique, as well as permanent death.