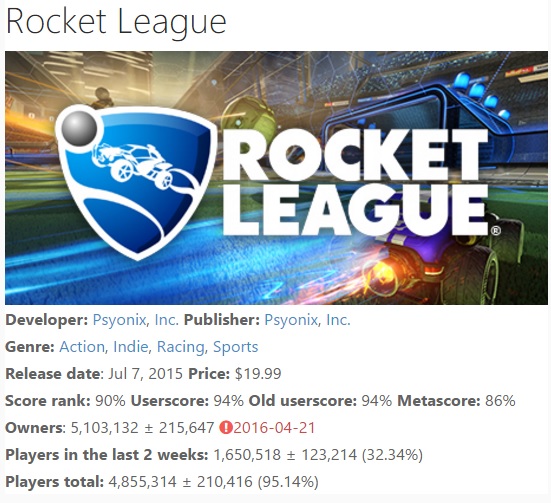 Rocket League is a futuristic sports-action game that equips players with booster-rigged vehicles that can be crashed into balls for incredible goals or epic saves across multiple, highly-detailed arenas.

Using an advanced physics system to simulate realistic interactions, Rocket League relies on mass and momentum to give players a complete sense of intuitive control in this unbelievable, high-octane re-imagining of association football.

Rocket League keeps selling like crazy, and it will be interesting to see whether Psyonix’s next title will be able to surpass Rocket League’s success.