Rocket League is a game that pleasantly surprised everyone when it was released. It’s a fun and addictive car soccer that is powered by Unreal Engine and according to Jeremy Dunham, vice president  at Psyonix, the game has sold 8 million copies.

As Jeremy said when asked about it, Rocket League has sold 8 million copies and there are almost 22 million total players. This number counts both individual and split-screen players.

Unfortunately, it’s really difficult determining how many copies were sold on Steam, as the game had a free weekend on April 21st.

Including the free weekend, there are currently almost 4.4 million owners. 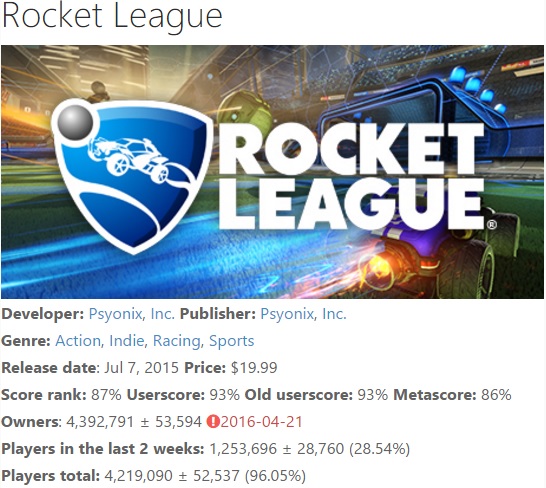 Still, this is great news and shows that an indie title can become a hit, provided it is good, polished and gets enough exposure.