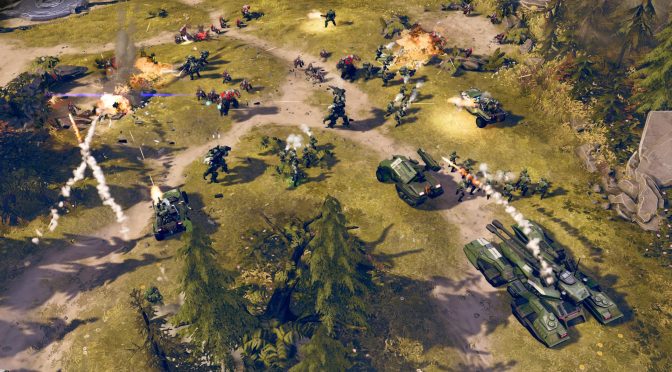 Microsoft and 343 Industries announced that the second beta phase for Halo Wars 2 begins next Friday. Contrary to the first beta phase that was exclusive to Xbox One, this second beta will also be available on the PC.

This second beta for Halo Wars 2 will focus on the game’s Blitz mode. Blitz is a new twist on RTS gameplay that combines the deck building and split-second decision making of card-based strategy play with explosive tactical combat in the Halo universe.

“Your card deck, along with your faction leader, are your greatest resources as you assemble a collection of air, ground and infantry units and seek to out-think and out-maneuver your opponents on the battlefield.”

According to 343 Industries, the Halo Wars 2 Blitz Beta will take place on the map “Proving Grounds,” and will offer 1v1, 2v2, and 3v3 gameplay via matchmaking on both Windows 10 PC and Xbox One.

“One thing we’re particularly excited about is the fact that all of the Faction Leaders and Blitz cards that will be available in the full game at launch on Feb. 21 will be included and available to play and experiment with during the beta, offering wide breadth of strategic and gameplay options. You’ll also find a series of daily and weekly challenges to participate in as we work to stress test those systems.”