Of course, we don’t know how things would be if the game was not offered for free to all PS+ owners. Still, it’s good witnessing the game selling well on our platform. 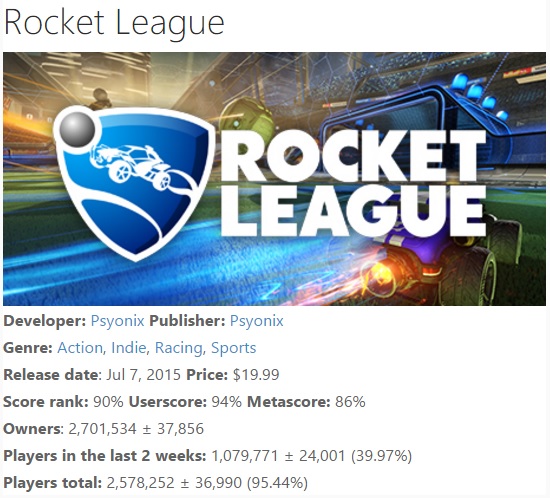 For the record, Rocket League – including the PS+ owners – has sold 10 million copies in general.