Capcom has announced that worldwide shipments of Resident Evil 7 have surpassed three million units. According to the press release, cumulative sales of the games in the series now total 76 million units – as of February 10th, 2017 – since the first title debuted in 1996.

It’s worth noting that Resident Evil 7 is also an Xbox Play Anywhere digital game which allows play on both Xbox One and Windows 10 with shared saves, game add-ons, and achievements, something that will obviously affect the game’s overall sales.

The Steam version of Resident Evil 7 has sold almost 300K units so far. 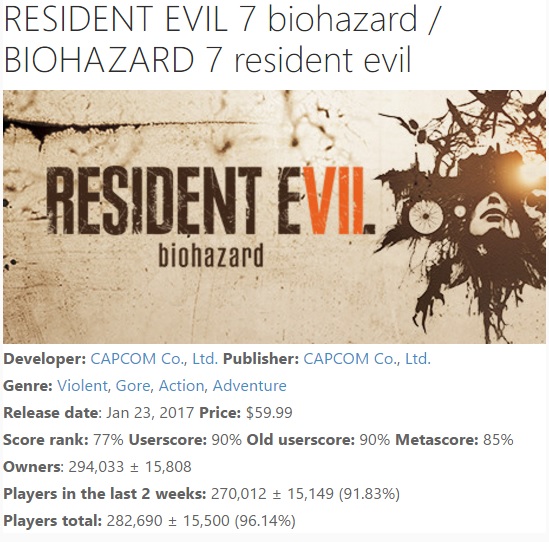