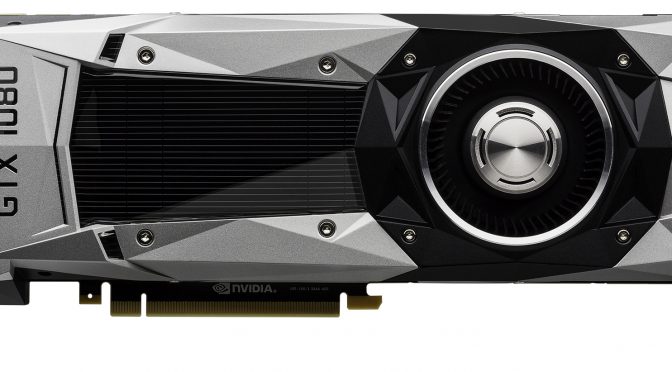 NVIDIA has just announced its new graphics card that will be based on the Pascal architecture, the NVIDIA GTX1080. However, NVIDIA did not reveal how much faster this GPU is from its current high-end GPU, the GTX980Ti. Thankfully, NVIDIA has released some official benchmarks between the GTX980 and the GTX1080, so it’s time to see the performance benefits that PC gamers can expect from this brand new GPU.

NVIDIA claimed that the GTX1080 was faster than two GTX980s in SLI. However, and according to the official charts, that’s not true. As we can see below, the GTX1080 is 1.7X and 1.8X faster than the GTX980 in The Witcher 3 and Rise of the Tomb Raider, respectively.

According to NVIDIA, The Witcher 3 was tested in 1440p on Ultra settings. So let’s take a look at PCGamer’s benchmarks that compares the GTX980 with the GTX980Ti. 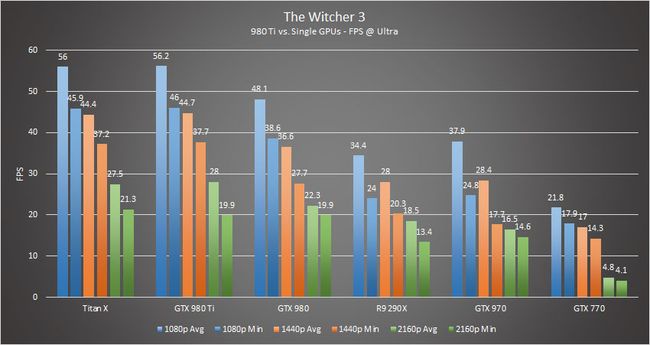 The performance gap between the GTX980 and the GTX980Ti is almost 20%. This basically means that if NVIDIA’s figures are anything to go by, the GTX1080 is 50% faster than the GTX980Ti in The Witcher 3.

What’s also interesting here is that we are most likely looking at a 1.75X performance increase compared to the GTX980. NVIDIA claimed that it was 2X, but that won’t be the case in real tests/benchmarks (as showcased by both Rise of the Tomb Raider and The Witcher 3).

So there you have it everyone. The big question now is whether AMD will be able to compete with NVIDIA. Another big question is whether the GTX1080 will perform better in DX12 than all previous NVIDIA cards. Like it or not, the green team faces major performance issues in DX12, something that will undoubtedly help AMD in the long run. The fact that NVIDIA did not say anything at all about Async Compute or DX12 is also something that worries us.

Here is an extreme example: Quantum Break runs 30% faster on AMD’s hardware. Assuming that the GTX1080 is 40% faster than the GTX980Ti, AMD will have to basically offer a GPU with 10% better performance than the FuryX in order to gain its performance crown in that particular game.

All in all, we are really excited about both NVIDIA’s and AMD’s GPUs, and we can’t wait to see what the red team will present at Computex!