Surprise surprise everyone. Remember ‘This House Of Dreams’ blog, a blog that was said to be made by a fan that featured a lot of references to both Alan Wake 1 & 2. Well, it seems that the person behind it is Remedy’s own writer, Sam Lake. In an unexpected turn of events, Alan Wake’s forum member ‘Pickman’ shared two images that confirm this. One of these images is from ‘This  House Of Dreams’ blog and the other one is with Sam Lake in the very same room. 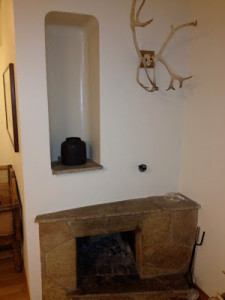 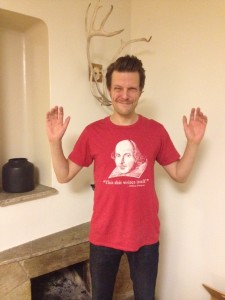 Now of course someone would say that this is mere coincidence. But what is the possibility of Samantha and Lake being present in the same room, writing about the same story, hinting about more Alan Wake stuff, and not being connected? Note also Lake’s T-Shirt. Could this also be a coincidence?

What’s also interesting is the last entry on ‘This House Of Dreams’ blog. As we can see, there is definitely an Alan Wake vibe to it (well, in fact there is an Alan Wake vibe to the whole blog itself, but let’s overlook it for a second, shall we?). I mean, this sentence ‘The diver (who is a poet mind you) told me that a dark presence had taken over his girlfriend‘ is undoubtedly a reference to Alan Wake.

Before closing, let us remind you that Sam Lake himself brought to our attention this blog. Remedy’s writer shared – back in June – this blog with posts that shared similar scenes and characters found in Alan Wake. As we’ve said, this could very well be a viral marketing for this rumored sequel to Alan Wake and from the looks of it, it actually was.

Let’s also not forget that Sam Lake and Remedy hinted at the end of 2012 that they’ll be sharing with us more news about what they’ve been up to this entire time. Ironically, this Steam page guide (with lots of information about Alan Wake) surfaced just a couple of days ago.

Could this be the start of Alan Wake 2’s hype?