TopWare Interactive announced at this year’s gamescom in Cologne that the gritty Pirate Action Adventure “Raven’s Cry” has been handed to Polish developer Reality Pump Studios. In addition, the publisher has released a new set of screenshots for this title that can be viewed below.

The game has been delayed since it was first shown to the media last year, and after analysing the game’s development, TopWare made the tough decision to reorganize the project. The core storyline and dark setting of the game will remain untouched, but additional features and a new open world will be implemented by the Polish team. In addition, Topware has kept a close eye on message boards and early feedback, and will be including a few interesting tweaks and features requested by pirate fans.

Raven’s Cry promises to be a mature third person action adventure title that takes players to the beautiful but deadly Caribbean islands in the 16th century. Besides its dark parable on revenge, Raven’s Cry offers fierce, eclectic naval battles and a now free to explore open world as the main character Christopher Raven carves a bloody swath of terror on both land and sea, leaving no moral boundary uncrossed on his hunt for Captain Neville and his brutal band of pirates.

The game will feature an economic system – that includes gaining gold through looting enemy ships crippled in battle, in addition to piracy, smuggling and treasure hunting – and lots of side-quests with which players can earn gold to hire and maintain a crew to pilot their pirate vessel.

“Raven’s Cry has had our entire company excited from day one, and we can’t wait for the finished product. Sadly, production hasn’t moved forward in the way we wanted, so we had to make the tough decision to hand it over to the veterans at Reality Pump. Reality Pump has worked with us for twenty years on several games, including fan-favorite Two Worlds II. The experience the team gained while making the Two Worlds games has proven to be invaluable to their work on Raven’s Cry. We are looking forward to releasing a game that is not only entertaining, but also more than the typical “hero who saves the world” tale. The positive feedback we received at this year’s gamescom proved to us that we have made the right decision with this change, and to put it in Raven’s Cry terms, we are excited to finally reach the port we’ve set sail for.” 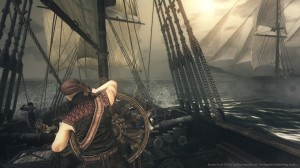 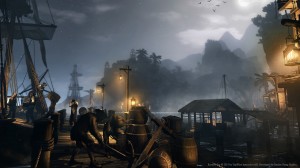 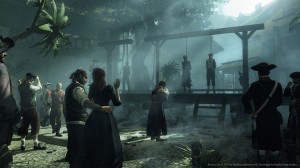 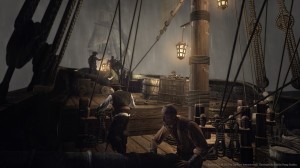 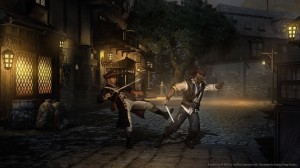