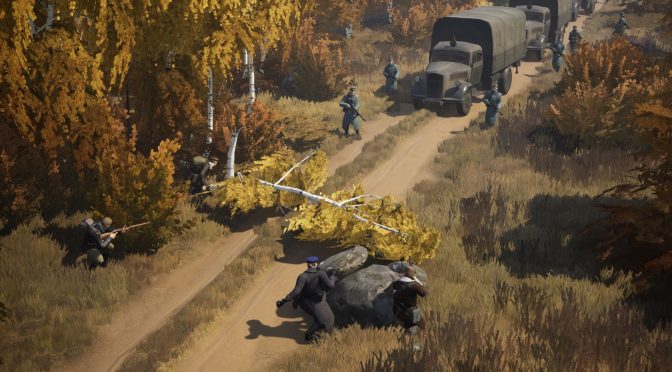 Alter Games has announced that it will show its flagship title Partisans 1941 for the first time at Gamescom 2019. Partisans 1941 is real-time squad strategy with RPG and base-building elements in a WW2 setting.

“We are so excited to show our game not only to fellow colleagues but to actual gamers, to see them playing and experiencing what we created so far. It is very first time Partisans 1941 is being shown on such event as Gamescom, so we decided to go to very special demo-version. We did an exclusive mission for Partisans 1941 to all who want to try out our game in action.”

In Partisans 1941, players will experience the drama of resistance on the enemy-occupied territory during Autumn 1941. The game will feature stealth and sabotage missions. Players will also be able to create diversions and disguise their operatives as locals. They can also interact with non-combatants in form of side quests as well as direct combat.

The game promises to have a variety of enemies and combat situations with additional gameplay options based on weather conditions and your overall performance as a base commander.

Players will be able to build a base, manage resources, craft necessary armament and manage agents for strategic game mode. Players can also recruit agents and use them to conduct operations on the global map to get additional resources and influence for your partisans squad.

Below you can find a gameplay video for Partisans 1941.