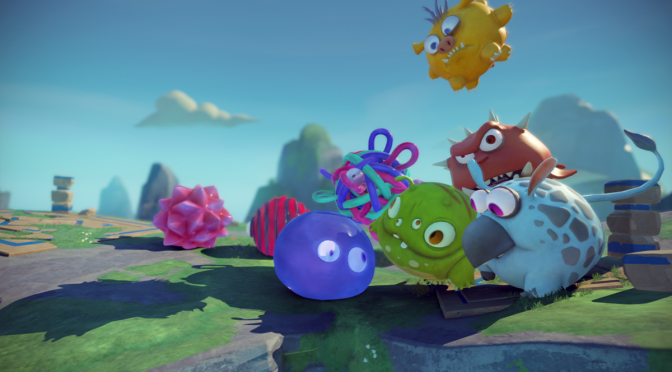 Ready At Dawn has announced the first free weekend for its new physics-based arena brawler, Deformers. During this event, Deformers’s full retinue of 44 Forms and 9 Arenas will be available for play in a variety of modes, including Free-for-All Deathmatch, Team Deathmatch, Form Ball, and Custom games.

As the team claimed, everyone will also have the chance to level up, increase their Prestige rank, earn Silver and Strands, and unlock unique and lovable Forms plus all the different ways to customize them with Styles, Taunts, Tags, and Emotes in the Workshop.

Naturally, those who decide to purchase Deformers after playing it this weekend will get to keep all progress that they’ve made.

Deformers is described as a physics-based arena brawler where the goal is to out-battle, out-eat, and out-score your opponent. The game support both splitscreen co-op and online battles.