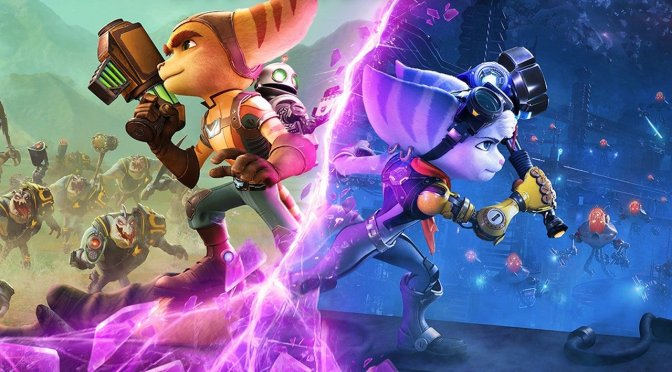 Sony released today a new trailer for Ratchet & Clank: Rift Apart that may possibly hint at a future PC release. The ending of the trailer clearly states that it will be a Playstation 5 console exclusive, and not a Playstation 5 exclusive.

What’s also interesting is that the game’s previous trailer stated that Ratchet & Clank: Rift Apart was a “Playstation 5 exclusive”. This change obviously hints at the game coming to other platforms, and the PC is the most likely one.

It’s worth noting that Sony also hinted at Demon’s Souls Remake coming to PC back in September 2020. The publisher did the same mistake with Ratchet & Clank: Rift Apart so it will be interesting to see whether this game will also release on PC.

Below you can find the latest trailer for Ratchet & Clank: Rift Apart. I’ve also captured the ending message (in case Sony decides to remove or change that message).

Here is the ending message from this latest trailer.

And here is the ending message from the game’s previous trailer.

As always, take everything you just read with a grain of salt. This could be just a typo and nothing more. Still, it makes you wonder how Sony made that “mistake“. And no, don’t expect Ratchet & Clank: Rift Apart to hit PC anytime soon. If Sony indeed plans to bring it to PC, it will be at least one year after its PS5 release.