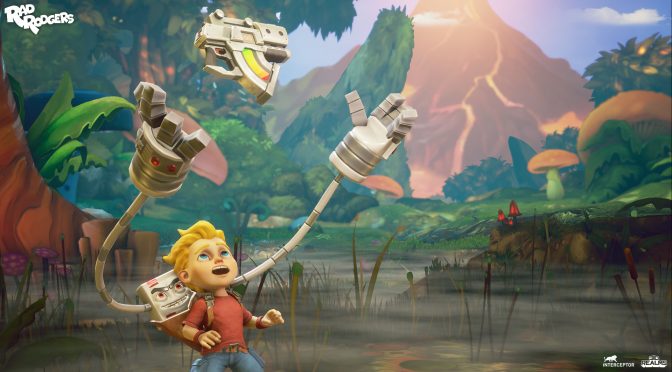 3D Realms has just released the final version of Rad Rodgers on Steam and GOG. Rad Rodgers: World One is a tribute to old-school platformers, will powered by Unreal Engine 4 and will feature two main characters: a twelve year-old Rad Rogers and his console-come-to-life ball busting buddy, Dusty.

Rad is a rambunctious but spirited young boy who maybe plays too many video games, while Dusty is Rad’s good-hearted but foul-mouthed, now-sentient game console.

After dozing off at the tail end of a long night of gaming, Rad awakens to find his dusty old console has turned itself back on. Suddenly a vortex emerges and he’s sucked into his TV, where he finds himself the star in his very own video game adventure.