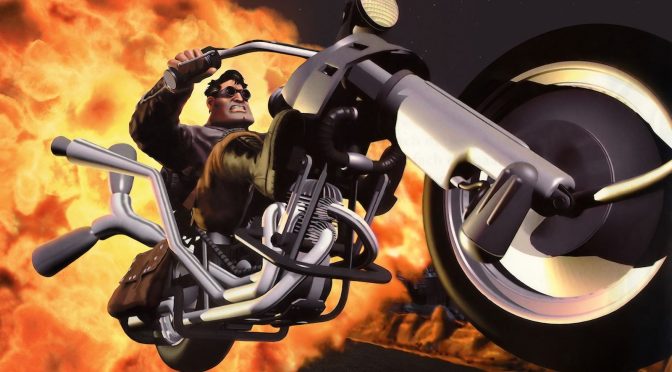 Double Fine has released a teaser trailer for the upcoming remastered version of Full Throttle. Full Throttle Remastered will feature all new hand-drawn and 3D high-resolution artwork, with remastered audio and music.

Players will be able to switch back and forth between classic and remastered modes, and mix-n-match audio, graphics and user interface options to their heart’s desire.

Also included is a concept art browser with work from Peter Chan, and a commentary track with the game’s original creators.

The game is currently planned for a 2017 release.