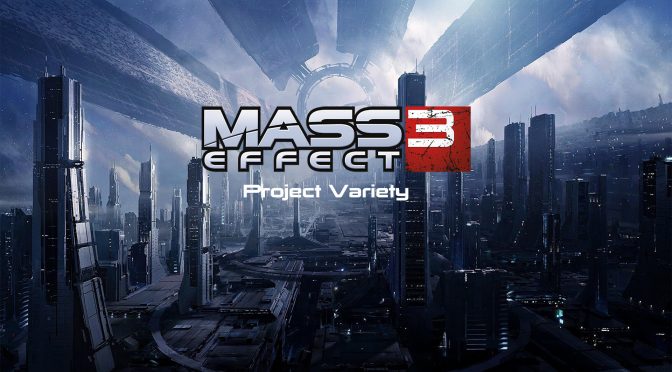 Modder ‘Scottina123’ has released a massive new overhaul mod for Mass Effect 3, called Project Variety. Project Variety aims to fix everything the modder found annoying about the game. As such, everything – from the Citadel’s population, to the weapons the Shepard and company uses during the cutscenes and much much more – has been modified in order to make Mass Effect 3 feel more unique than it was before.

Do note that this mod requires the Leviathan DLC, Omega DLC, Citadel DLC, From Ashes DLC, and the Mass Effect 3: Rebellion Pack to unlock all of its features. Thankfully, those that do not have the DLCs will still be able to use it, however some parts of the mod will be absent. Project Variety also requires WarrantyVoider’s DLC Patch files to be installed in Mass Effect 3\Binaries\Win32.

Now since its release notes contain some spoilers, I won’t be including them here. Still, those interested can find them on NexusMods.