A couple of days ago, Ian Bell – Slightly Mad Studios’ boss – claimed that DX12 would bring a 30-40% performance boost in Project CARS. Ian Bell wrote this on an Xbox One thread, suggesting that this boost was for Microsoft’s current-gen console. Well, it appears this is not the case as Ian Bell clarified the performance boost PC and console players can expect from this new API.

As Ian Bell said, this 30-40% was for the PC version of Project CARS (in DX12 mode). Console gamers should expect a 7% (or slightly more) performance boost from DX12. Still, the performance gains won’t be close to those achieved on the PC.

As Ian claimed, Slightly Mad Studios will be now focusing on the hardest hit areas on circuits (this is mainly art optimisation). As we’ve indicated in our PC Performance Analysis, there are circuits that have a huge performance hit for really unknown reasons (either due to NVIDIA’s drivers or due to various optimization issues).

Later on, Ian revealed that the DX12 patch for Project CARS will most probably released this year, though nothing is set on stone as of yet. 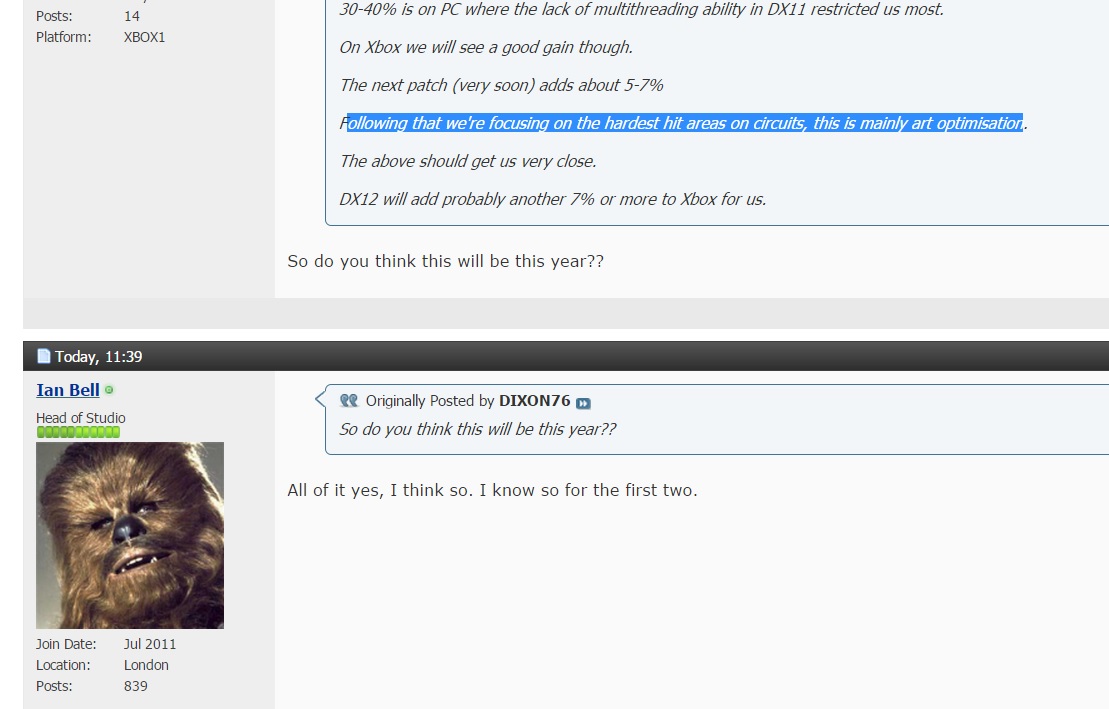 Last but not least, Ian claimed that slower quad-core CPUs – on the PC front – will most probably see a 40% performance boost due to DX12. This performance boost is similar to what most developers have reported in the past, so this is good news for all those with weaker PC configs.