A couple of hours ago, we presented you the teaser trailer of PES 2014. PES 2014 is powered by the FOX Engine and a proper trailer will be released during E3. And since we expect great things from that engine, a lot of people were confused about the content of that teaser trailer. Some suggested that it was CGI, while others claimed that it was in-game footage. And it appears that the trailer did not contain any CGI scenes at all.

When a fan asked Adam Bhatti, PES European Community Manager, about the content of this trailer, Bhatti said that he was flattered by the fact that some people called it CGI. In other words, Bhatti has just confirmed that all of the teaser trailer’s footage was actually in-game. 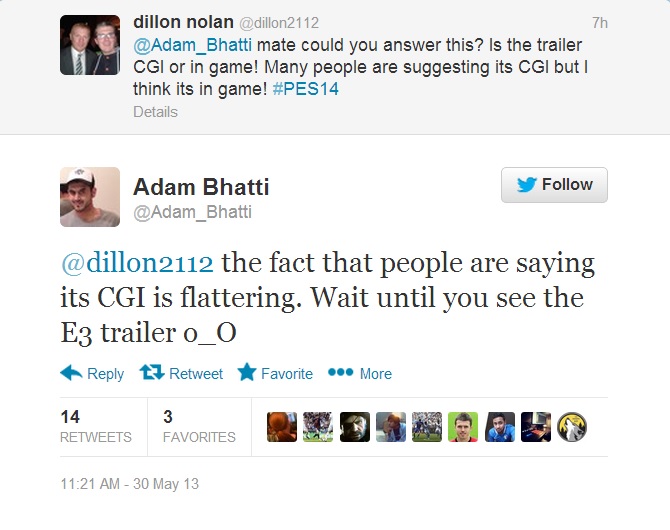 Konami will unveil the the first official trailer of Pro Evolution Soccer 2014 during its Pre-E3 Show on Thursday, June 6 2013, at 10AM PST.