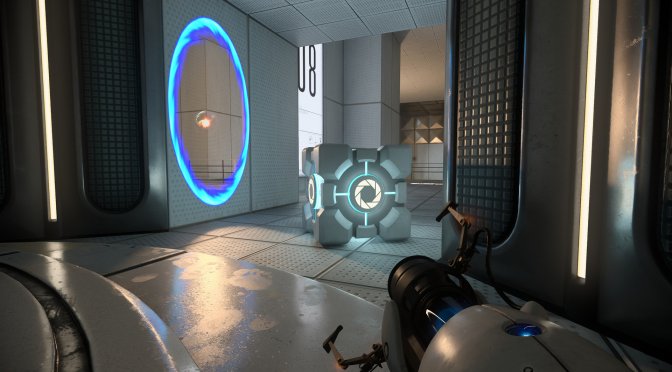 NVIDIA has announced that Portal RTX will release on December 8th. In addition, the green team released a DLSS 3 comparison video, giving us a glimpse at its performance benefits.

Portal with RTX is a free DLC for all Portal owners. Players will experience the critically acclaimed and award-winning Portal reimagined with ray tracing.

“Every frame of gameplay is upgraded with stunning full ray tracing, new, hand-crafted hi-res physically based textures, and new, enhanced high-poly models evocative of the originals, all in stunning 4K. In Portal with RTX, full ray tracing transforms each level, enabling light to bounce and be affected by the scene’s geometry and materials. Every light is ray-traced and casts shadows, global illumination indirect lighting naturally illuminates and darkens rooms, volumetric ray-traced lighting scatters through fog and smoke, and shadows are pixel perfect. Portal with RTX is compatible with all ray-tracing capable GPUs.”