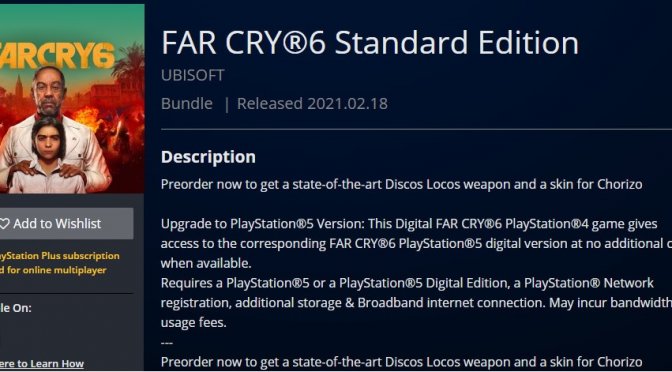 It appears that Playstation Store has just leaked the next part in the Far Cry series, Far Cry 6. As we’ve already reported, Far Cry 6 will feature Breaking Bad’s Giancarlo Esposito. And, according to the store, the game will come out on February 18th, 2021.

“Welcome to Yara, a tropical paradise whose time has been frozen. Yara’s dictator Anton, Castile, intends to let his son Diago follow his bloody flow and restore the country’s former glory at all costs. Their relentless oppression has ignited the fire of revolution.”

Far Cry 6 promises to have the largest Far Cry playground to date. According to the listing, the game will have jungles, beaches and the capital city of Yara.

Far Cry 6 will release on both current-gen and next-gen platforms. However, we don’t know yet whether the next-gen console versions will feature significantly improved graphics. The game will also have both offline and online modes. Oh, and in case you were wondering, it will also have micro-transactions. 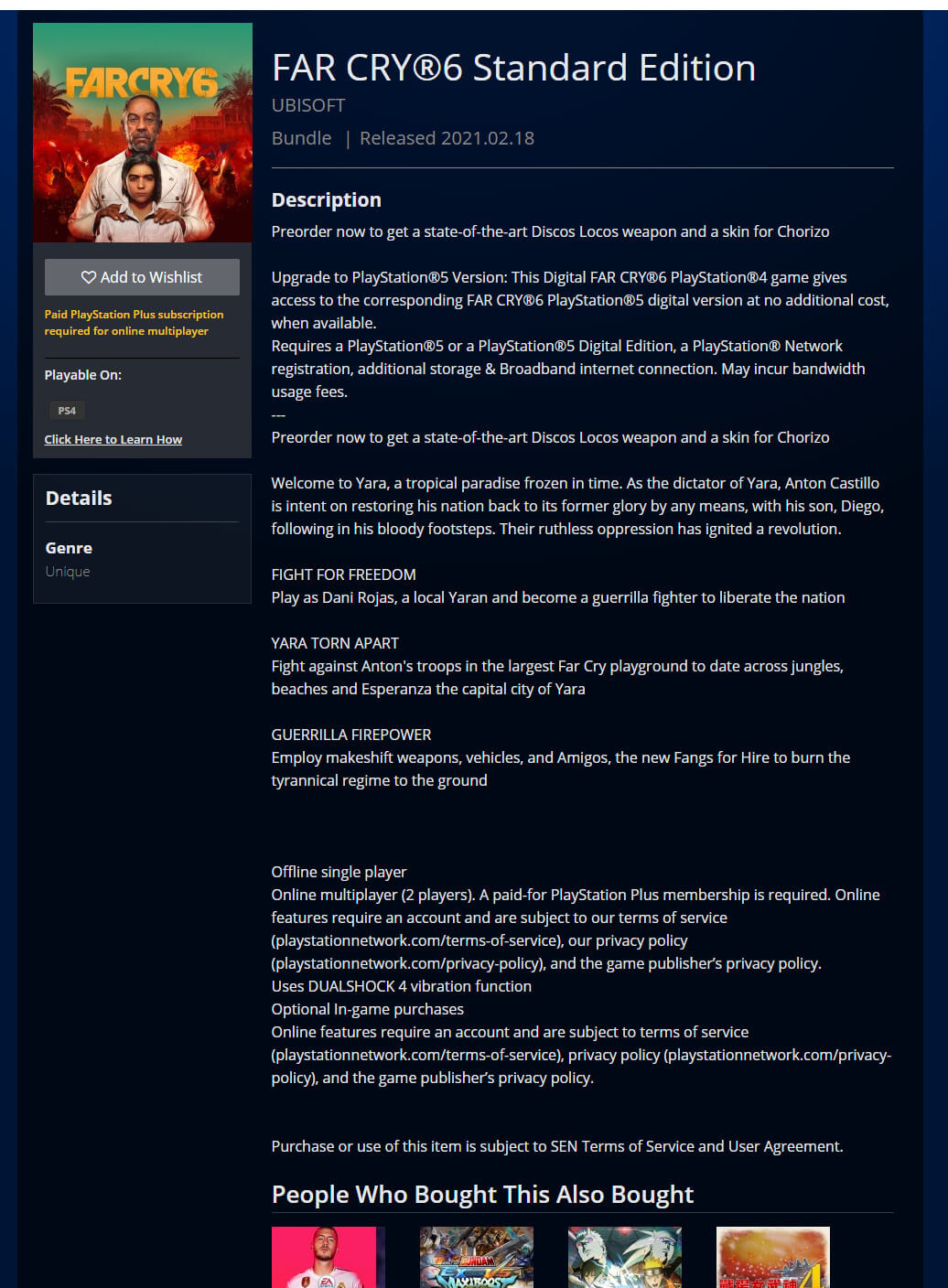 Anton would not be pleased. See you on Sunday at #UbiForward. pic.twitter.com/HieToJzDxp