Steam Database also shared a graph showing PUBG’s growth compared to other games on Steam. These games are DOTA 2, H1Z1 and Counter-Striker: Global Offensive. As we can see, nothing can come close to what PlayerUnknown’s Battlegrounds has achieved. 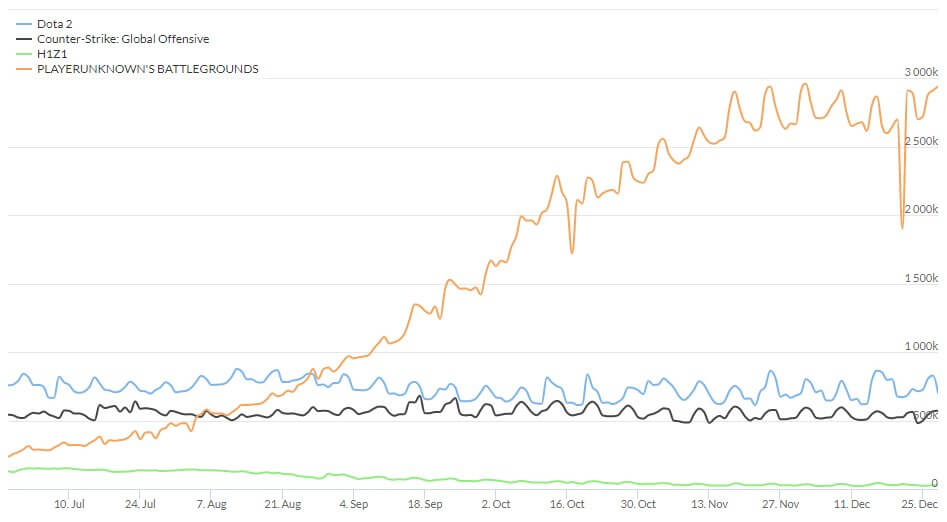 Since PUBG is so successful, we are certain that more developers and publishers will jump on the battle-royale train. As such, it will be interesting to see what new battle-royale games will come out in 2018, and whether they will be more polished than PlayerUnknown’s Battlegrounds.

Those interested can also read our PC Performance Analysis. In its current state, PUBG suffers from minor optimization and latency issues. And even though the first PC patch has reduced the lag/latency issues, there is still room for improvement!